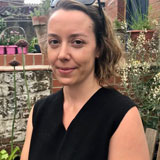 I recently completed my WRoCAH-funded PhD in the Department of English and Related Literature here at York, where I looked at late 18th-century environmental thought in women’s writing. I also completed my BA and MA at York’s Department of History, where I am once again attached as part of my interdisciplinary role as Postdoctoral Researcher at LCAB.

My research interests span across the ever-lengthening long 18th-century and the history of ecological ideas, vegetarianism, animal ethics, improvement, industrialisation, and education in the period. At LCAB I look forward to taking a more interdisciplinary approach, collaborating with scientists and social scientists on the history of ideas about non-native species and biodiversity.

My focus on late 18th-century Britain takes a networked approach to ‘attitudes’ towards non-native species, considering the agency of different species within plant exchange networks, scientific and literary discourse, as well as regional and anticolonial resistance.

The second strand of this project looks at the Survey of Irish Bogs  (1809 to 1814) undertaken in part by the Anglo-Irish ‘man of science’ Richard Lovell Edgeworth, and the ideas and practices behind bog ‘reclamation’ (ie drainage and cultivation) in early 19th-century Ireland.