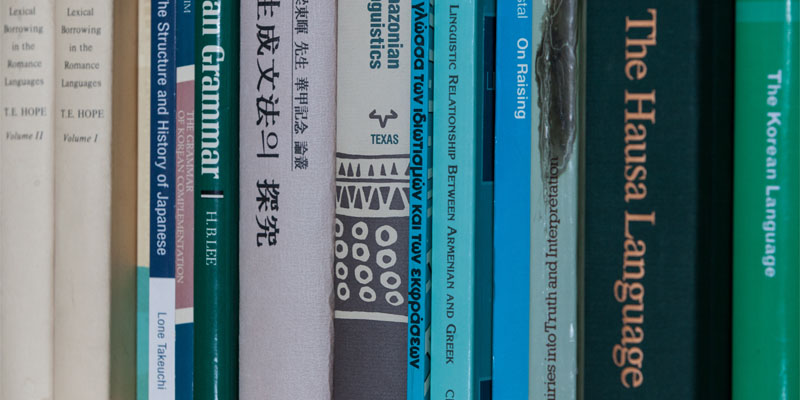 York continues to be a major centre for an approach to historical syntax rooted in the interpretation of variation in historical texts.

Recently our work has introduced the role of information structure into accounts of aspects of the development of English, and of variation within a single time period. Reference to information structure properties has been made possible through the development of our corpora: electronic databases in which historical texts are annotated with syntactic and morphological information, so that sets of relevant examples can be rapidly and accurately retrieved, and variation tracked in detail across time.

In the area of language change, beyond English, we have research strength in the investigation of global syntactic diversity, based on a parametric approach to grammatical description. We also investigate language diversity from a synchronic perspective in recently-completed and current projects.

This book considers the development of Northwest and West Germanic, and the northern dialects of the latter, with particular reference to phonological and morphological phenomena. Individual chapters present a detailed account of changes in the Old English sound system, inflectional system, and syntax. It provides a comprehensive description of Old English in a modern syntactic framework.

Competition in Language Change: The Rise of the English Dative Alternation addresses one of the most pervasive questions in historical linguistics – why variation becomes stable rather than being eliminated – by revisiting the so far neglected history of the English dative alternation.

The alternation between a nominal and a prepositional ditransitive pattern (John gave Mary a book vs. John gave a book to Mary) emerged in Middle English and is closely connected to broader changes at that time. The book combines evolutionary thinking with diachronic constructionist notions. The emergence of the alternation is interpreted as arising from constructional innovation, competition, cooperation and co-evolution.

Mapping the world’s linguistic diversity: this study, led by Giuseppe Longobardi, showed that language proves a better predictor of genetic differences than the geographical distribution of population. As part of his study he observed significant correlations between genetic and linguistic diversity across the Indo-European and non-Indo-European-speaking populations of Europe.

Inflectional morphology plays a paradoxical role in language. On the one hand it tells us useful things, for example that a noun is plural or a verb is in the past tense. Yet it may also come across as a gratuitous over-elaboration –especially when morphological structures operate at cross purposes to the general systems of meaning and function that govern a language, yielding inflection classes and arbitrarily configured paradigms. This is what we call morphological complexity. Manipulating the forms of words requires learning a whole new system of structures and relationships.

This book confronts the typological challenge of characterising the wildly diverse sorts of morphological complexity we find in the languages of the world.

Study with us – MA or PhD in Linguistics, Language and Communication, and Applied Linguistics