This is a talk about cosmological diagrams and the ways in which they make the universe - its construction, articulation and movement - meaningful to us. In this sense, this is also a talk about imagination and specifically, about the type of imagination required to depict the world. I shall focus on spherical models of the universe and discuss them in the context of fourteenth-century Byzantium. The case study I will examine in most detail is that of Munich, Bayerische Staatsbibliothek, Graecus 482, which transmits Cleomedes’ The Heavens - a Stoic introduction to cosmology and elementary astronomy.

The Heavens is also the main source for one of the most celebrated achievements in the history of Greek mathematics, namely Eratosthenes’ calculation of the circumference of the Earth. The account of Eratosthenes’ procedure is usually accompanied by diagrams and f. 31r of the codex Monacensis includes one its most illustrative and most puzzling representations. In order to familiarise themselves with Eratosthenes’ method of calculation, attendees might find useful watching Carl Sagan’s short explanation included in the very first episode of Cosmos: A Personal Voyage (aired on 28 September 1980). 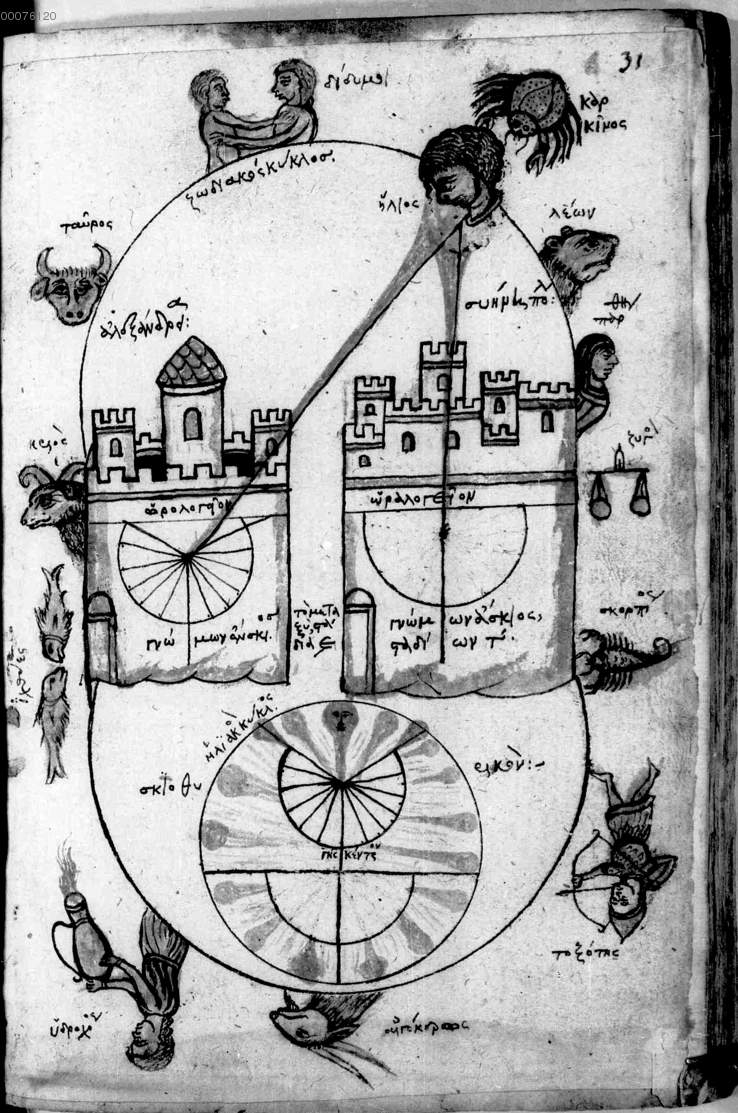