In 2019, Alumni across the US raised an incredible $193,624 in philanthropic support. With support pledged across a range of initiatives including the York Futures Scholarship and the US International Connections Fund, US donors have enabled students to experience once-in-a-lifetime study abroad opportunities and access career-enhancing training opportunities, giving them a headstart in the competitive graduate labour market.

The incredible response from our US audience to Giving Day saw donations from the US total $20,556 helping to make York’s first ever Giving Day a fantastic success. Philanthropic support for Giving Day will contribute to two York Unlimited Campaign aims: enabling every student to shine, and creating a mentally fit York.

Thank you to all of our US alumni in the States and beyond who have supported York Unlimited in 2019.

The generosity of our US alumni has been fundamental in supporting students and projects across Campus in 2019. York is a global institution and the impacts of philanthropy are felt throughout the community.

The York Opportunity Scholarship was established in 2012 by alumnus Peter Whelpton, Class of ‘69. Peter believed that students from all backgrounds should have the chance to access higher education. He created this scholarship to support those students who have overcome the most significant barriers in their personal, social or domestic lives to access an education here at the University of York.

Peter sadly passed away in 2017. To ensure that his work continued after he died, he left a legacy donation that will support the most underrepresented students at York for the foreseeable future. Each year the university receives approximately 300 applications for the scholarship and thanks to Peter we have been able to support 15 students (6%) per year over recent years. Sadly this meant that support was only available for 1 in every 16 applicants.

With the incredible help of our alumni audience and partners this number increased to 34 students (11%) in 2018/19, meaning that we could support 1 in every 9 applicants.

When I found out I'd been awarded the scholarship I was delighted and relieved that I would be able to get the most benefit out of my course. I worked hard to be here so I want to get every advantage I can out of it.

When Chris Gatenby’s wife passed away from lung cancer, he decided to do something incredible and fundraise for a scholarship into cancer research at York.

“Georgie wanted to help others who had been given the same devastating news that they’d been diagnosed with lung cancer. Unfortunately, the aggressive nature of her illness prevented her from beginning her fundraising,”

With this simple action, along with support from friends, family, the University and local press outlets, Chris managed to raise over £75,000 to fund the Georgina Gatenby Scholarship into lung cancer research at the University.

When I set out with the idea of running daily, never did I fully comprehend the true power and resonance of Georgie’s love, humility, compassion, bravery and steely will. Because of the many and fantastic co-fundraisers and all the donors, the Georgina Gatenby Scholarship is now a reality.

The Guy and Eleanor Dodson Building

Due for completion in 2020, the Guy and Eleanor Dodson Building will become home to one the world’s most advanced cryo-electron microscopy facilities. Building on York’s exceptional strengths in structural biology, and with funding from the Wolfson Foundation and the Wellcome Trust together with substantial private philanthropy, the facility will ultimately help discover new ways to tackle a range of human health problems that cause suffering to millions of people around the world.

The building is named after Guy and Eleanor Dodson who arrived in York in 1976. Most notable among their formidable achievements were the discovery of the techniques that led to the final solution of the crystal structure of insulin. Equipped with cutting edge scientific infrastructure, the new facility will become home to a community of scientists working together for the common good - a highly fitting tribute to their vision, talent and legacy.

Inspirational philanthropy enables the University to invest in the most advanced scientific research infrastructure. It is a driving force for future research and a powerful lever for future collaboration with government and industry partners.

Founded in 2007, the Centre for Applied Human Rights is one of the most distinctive features of the University of York. Alongside its academic teaching and research, the Centre hosts human rights defenders from around the world. The Centre has attracted significant philanthropic funding over the past decade, including from the Sigrid Rausing Trust and the Open Society Foundation.

Since it was established in 2007, the Centre for Applied Human Rights has had 24 staff, taught 351 postgraduate students, hosted 34 Chevening scholars, been supported by 58 volunteers, had 15 Advisory Board members, hosted 75 human rights defenders from 44 countries, been funded by 25 funders, and has hosted one academic journal.

Our Centre is a reminder of the role universities need to play in the public sphere, as values-based institutions which can help to set rather than simply follow prevailing political agendas.

Jade Smith is currently on a placement year as a Digital Media student and University Digital Leaders Award winner. She recently volunteered to take part in a panel discussion at an Alumni Professional Network event, before joining alumni and guests to network herself.

When first asked to be on the panel, Jade was incredibly nervous. She had previously participated in public speaking events on a much smaller scale, but nothing of this magnitude. Jade said it was a fantastic opportunity to challenge herself to come up with responses to things she had previously never considered, which gave her a new wealth of skills and confidence in the process. The discussion itself was thought provoking and being given the opportunity to contribute in a meaningful way to the conversation was wonderful because, although not everyone agreed on some of the points made, the responses were respectful and constructive and gave me a greater understanding of different perspectives on current issues.

Having the opportunity to be a panellist in a subject that’s constantly evolving has been an incredible experience. I hope to have a chance to do it again and would certainly recommend it to others considering anything similar.

How you can get involved 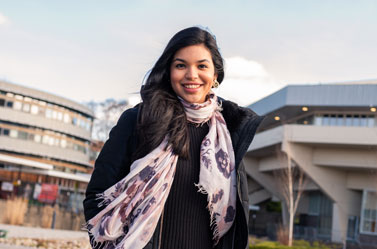 Fund scholarships and projects at York

Volunteer to support students and alumni 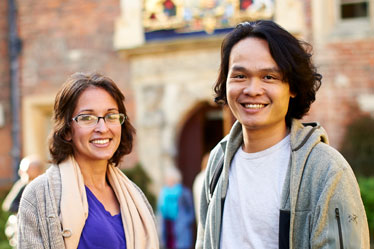 Give insights to students through York Asks

Other ways to support York Unlimited Leave a gift in your Will To find out more and support our Campaign, please contact us at alumni@york.ac.uk.