The University of York has been awarded £2.3 million by the Bill & Melinda Gates Foundation for new research into stem cell gene therapy for sickle cell anaemia. 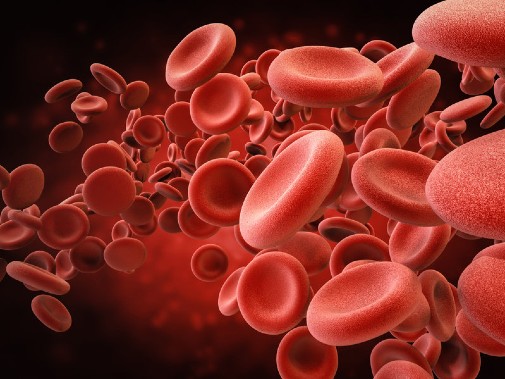 Sickle cell anemia is an inherited red blood cell disorder in which there are not enough healthy red blood cells to carry oxygen throughout the body.

Working with collaborators in Cambridge, Boston, Tanzania and Uganda, the project utilises a new technique developed by researchers at York and the Wellcome Sanger Institute to track and enumerate blood stem cells in people.

Sickle cell anemia is an inherited red blood cell disorder in which there are not enough healthy red blood cells to carry oxygen throughout the body.  It is the most serious type of sickle cell disease and is particularly common in people with an African or Caribbean heritage.

Around 100 million people have the sickle cell trait worldwide, but the trait itself does not cause the disease unless a child inherits the trait from both parents.  This occurs much more frequently in areas where the trait is more common and in some areas of sub-Saharan Africa, this is as high as 20 percent of the population.

Sickle cell disease has a high mortality rate in children and is common throughout much of sub-Saharan Africa, affecting up to three percent of births in some parts of the continent.

The funding builds on earlier research at York funded by the foundation which shows the power of this approach for identifying and monitoring potential cancer-causing mutations in gene therapy patients and is being presented at this year’s American Society of Hematology meeting in Atlanta, USA. The new two-year project will see researchers extend the studies to a large cohort of patients in Africa to understand the potential risks of gene therapy.

Lead researcher Dr. Alyssa Cull from the York Biomedical Research Institute and Department of Biology said: "We are really excited by the opportunity to expand our studies to gather more robust real world data for leukaemia-related mutations in sickle cell patients.”

Dr David Kent, also from the York Biomedical Research Institute and the Department of Biology said: "The teams in Boston and at the Wellcome Sanger Institute in Cambridge have been absolutely instrumental in this project - none of this gets achieved without bringing together international teams of experts.”

“Our new partners in Uganda and Tanzania bring a critical new component to the table with larger well-characterised cohorts of sickle cell patients that will allow us to understand the underlying risks of large-scale gene therapy and stem cell transplantation with respect to leukaemia development."

The research team studied the genomes of single blood stem cells at unprecedented depths and were, as a result, able to show that sickle cell disease itself causes an increase in genomic damage. They then identified different mutations that occurred pre-and post-transplantation which can now be tracked in the future.

Dr Kent added: “Since gene therapies have been previously associated with the potential for initiating leukaemia (a blood cancer that can rapidly kill patients), tracking these mutations in patients over time becomes incredibly important for their future health.”