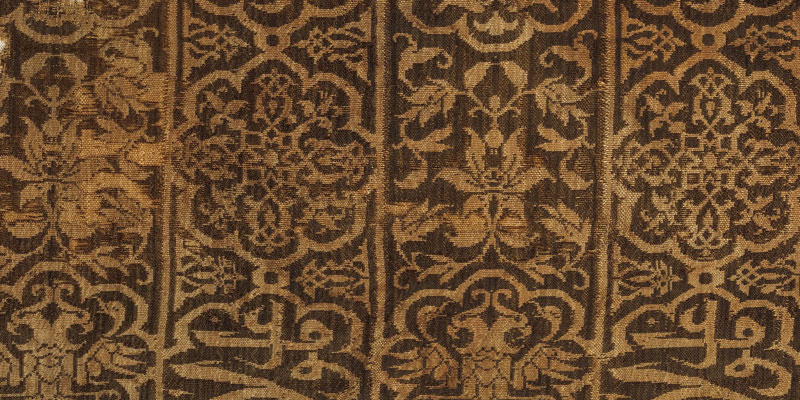 Textiles have always had a prominent place within the Islamic world. In addition to their economic value, they played an important role in social, political and religious contexts. A large number of preserved textiles dating from the Mamluk period (1250-1517) provide possibly the earliest and most complete picture about textile trade and diplomatic activities in Egypt and Syria before the Ottoman conquest in 1517.

Owing to its privileged location between Europe and Asia and control of important pilgrimage sites (Jerusalem, Mecca and Medina), the Mamluk Sultanate became an important centre of intercultural and artistic exchange where locals mingled with foreign diplomatic embassies, pilgrims, merchants and travellers. Although the Mamluks were mainly of Qipchak Turkic and Caucasian Circassian origins, the society itself was composed of a large variety of ethnic and religious backgrounds.

Such a rich cultural and international environment had an impact on the formation of Mamluk art and in particular on textile production.

Join Shireen El Kassem of the University of Bonn as she explores how the fashion taste of Mamluk society was shaped by various trends and influences from abroad through an examination of Mamluk and non-Mamluk textiles, including those produced in India, China and Mongol regions.

Shireen's talk is part of a series of events organised by the York Islamic Art Circle, a collaboration between the University of York’s Islamic Society and Department of History of Art.

To reserve your free ticket please visit the Festival of Ideas event page.