Subterranean in the Medieval World 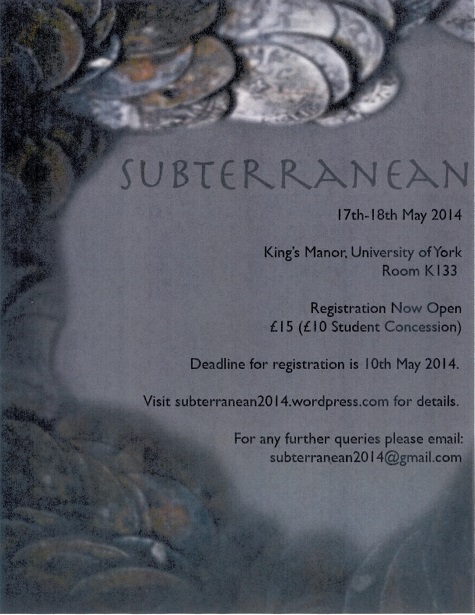 This conference seeks to explore, through the consideration of visual, textual and material evidence, the idea of the ‘subterranean’ within the medieval world, both in terms of the objects and spaces located there, beneath the surface, but also in terms of that which is hidden or secret, reconsidering the ‘subterranean’ as concept, object and location for discussion.

Full programme and further details are available at http://subterranean2014.wordpress.com/

Registration and Coffee: from 9.45 am

Session One: Death and Dragons

Session Two: From Beneath

Session Four: For Whom the Bell Tolls