Launched in 2005 as a Marie-Curie Excellence Centre, the KITE group investigates ecosystem dynamics in the moist forests, savannah-woodland spectrums and cropland mosaics of Eastern and Southern Africa.

Through genetic sequencing, palaeoecological reconstruction, contemporary mapping, modelling and scenario development, we aim to better understand the spatial and temporal dynamics of tropical ecosystems, their societal value and challenges to their conservation.

Photographs across the ranges of KITE research projects can be accessed on website:   http://www.flickr.com/photos/yorkkite/

In a recent piece for The Conversation, KITE's Phil Platts and collaborator Simon Willcox talk about their recent expedition into a hidden rainforest in Atop Mount Lico in northern Mozambique, where they thought they were first people to have ever visited...

"The death of these oldest and largest baobab trees is very sad, but hopefully the news will motivate us to protect the world’s remaining large baobabs and start a process of close monitoring of their health."

KITE member, Aida Cuní Sanchez, was asked to comment last week after it was disclosed that some of Africa's largest and oldest Baobab trees died rather suddenly. Aida's pices can be found here: https://theconversation.com/baobab-trees-have-more-than-300-uses-but-theyre-dying-in-africa-98214.

'Key paper for next two decades'

The newly-published article Drivers and trajectories of land cover change in East Africa: Human and environmental interactions from 6000 years ago to present in Earth-Science Reviews provides a valuable synthesis of both past and current archaeological and palaeoecological research that has been undertaken in East Africa. 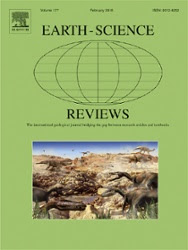 The massive undertaking was led by Rob Marchant and the KITE team, but has only been possible because of a wider team effort by 50 co-authors contributing text, data and images to the synthesis. Reviewer comments suggest that the paper 'gives an impressive and authoritive overview' and 'expected to be a key paper for the next two decades'.

The article can be downloaded for free until 15th April 2018. After this time, please contact us for copy.

Dipole: the ‘Indian Niño’ that has brought devastating drought to East Africa

Rob Marchant explains the climate phenomenon on The Conversation.

A new film explores climate change, people, East Africa and archaeology - take a look. The film was made in collaboration between KITE researchers, the AAREA project and Ambient Cinema.

Wilson Masele and Michael Mdongwe, Masters students at the University of Dar es Salaam, have been awarded fellowships supported by the Climate Research 4 Development. Wilson and Michael will be investigating the green infrastructure and biodiversity in Peri-urban areas, and will work with Jessica Thorn on the Urban Evolution and PURE projects.

The International Biogeography Society is launching International Humboldt Day - an annual celebration of Humboldts's legacy and research prompted by his pioneering work in botanical geography. Focused biogeography related events will be held around the world during the week of September 12-19 2020.  Esther Githumbi, Robert Marchant and Rahab Kinyanjui  will be hosting an online event on 18th September @15.00 East African Mountains: past present and future changes and challenges.

Congratulations go to Georgia de jon Celyndert who has had her first paper,  "Adaptation of Seaweed Farmers in Zanzibar to the impacts of Climate Change," published in the African Handbook of Climate Change Adaptation.

Jessica Thorn leads a paper in "Ecology and Society" on Mountain Social-ecological sysyems, and evaluating the role that participatory scenario planning can provide for assessing ecosysytem service provision into the future.

Aida Cuni-Sanchez and Jessica Thorn will join Rob Marchant as contributing authors for a cross cutting chapter on Mountains for the next IPCC report.

Jessica Thorn, Steve Cinderby and Rob Marchant received an additional grant of £10,500 from GCRF-QR to expand the ongoing work in Namibia and Kenya to include perspectives from Tanzania on Peri-Urban settlements,  interactions between climate pandemics and challenges in informal settlements.

Congratulations go to Aida Cuni-Sanchez, who will start a new position as an Associate Professor at the Norwegian University of Life Sciences (NMBU) in Oslo, Norway. She will be working in the department of International Environment and Development Studies (NORAGRIC) and will also be teaching, and continuing her research on tropical forests across Africa. Aida will continue to be a valued collaborator for many years to come.

Aida Cuni-Sanchez contributed to a global webinar on Biodiversity and Preventing Pandemics in Africa, which was organised by UNESCO in Africa, UN Environment Regional Office for Africa, Africa Union, International Science Council, and Centre of Excellence in Biodiversity  University of Rwanda.

Congratulations to Rahab Kianyanjui from the National Museums of Kenya who has been awarded a British Ecologocal Society grant to document the historical ecology of the South Aberdare ranges over the past 100 years. We will study plant microfossils (pollen, phytoliths, spores and charcoal)  to determine vegetation changes and cultural materials in the sites to document the extent of occupation.

In 2018 Dr Phil Platts was part of an expedition to an undiscovered mountain top rain forest in Mozambique. You can now watch the beautiful film on Youtube , produced by the National Geographic and The Nobel Prize here.

Congratulations go to Mike Bungard who has just passed his PhD viva with minor corrections! His thesis is on Predictive Modelling for Anuran Responses to Climate Change in Tropical Montane Ecosystems.

Work has begun on a new project Fishing for the Future (F4F) in the Gulf of Guinea, to understand how changing climate and environmental pollution are likely to affect the Oyster fisheries and many womens livelihood.

Aida Cuni Sanchez's interview about cloud forests in the Comoros was used in  the New York Times.  Click for link: New York Times

Aida Cuni Sanchez was involved in a study published in "Nature" showing that the ability of the worlds tropical forests to remove carbon from the atmosphere is decreasing. An international team of researchers tracked 300,000 trees in more than 500 forest patches in Africa and the Amazon for over 30 years.

The York Talks held on 8 January are now available to view online. Rob Marchant spoke on "The Mountains and people of Africa: creating a more sustainable future from the ground up" Information about the event can be viewed here.

Congratulations go to Dr Edem Mahu, University of Ghana,  who has been offered a FLAIR scholarship for the project "Fishing for the future: sustaining livelihoods through gender sensitive climate risk assessment of brackish water shellfisheries in the Gulf of Ghana".

Dr J KIrschner is involved with a new  project in Mozambique,  "Building resilience to climate shocks, and improving energy infrastructure for economic development and well being".

Hamidu Seki, a PhD student under the Commonwealth Scholarship attended a three day workshop exploring the role of young leaders in building social cohesion and their active involvement in decision making on different government levels.

On Friday 8th November JB Morell Library York, there will be an exhibition, talk and panel debate from 6.30pm. Information aboiut the event can be viewed here.

Rebecca Newman and Georgia De Jong Cleyndert held workshops in Kinyasini, Zanzibar, and are  now analysing community level data to assess the impacts of climate change on societies and livelihoods.

Photographs  from across the ranges of KITE research projects can be accessed via a new Flickr account here.......

There is now a wider @York network that forms a hub for Africanist research at the University of York, connecting more than 100 researchers working on diverse issues in more than 80% of African countries.

Robert Marchant's article "Observation of an adult female Oribi with Leucistic pelage in Lobo, Serengeti National Park Tanzania, has been published in the African Journal Of Ecology.‌

New paleo directions explored in a study of the sensitivity of tropical montane cloud forest to climate change, present past and future: Mt. Marsabit, N. Kenya. it can be viwed here.

, 584kb) and  on the application of the KESHO scenario tool across a number of projects in Eastern Africa from Natioanl Parks to railways, from mountains to coasts

Rob Marchant is one of lead academics on the new project 'Refugia of Futures Past' which is initiating a long-term interdisciplinary collaboration to explore the baseline conditions for Earth habitability under long-term future global environmental change to influence adaptation, research, policy, and practice. More information can be found in the pages.

Aida Cuní Sanchez comments on the recent news story about the death of some of Africa's oldest baobab trees. Read the full article here.

'Rangeland Livelihood Strategies under Varying Climate Regimes: Model Insights from Southern Kenya' by KITE members Rebecca Kariuki and Rob Marchant has just been published in Land. It can be downloaded here.

'Drivers and trajectories of land cover change in East Africa: Human and environmental interactions from 6000 years ago to present' by KITE team members in Earth-Science Reviews is available for free download until 15th April.

Produced by KITE members involved with the AFERIA project. See  for more info.

Have you ever heard of cloud shepherds? Find out more about them by watching Aida Cuní Sanchez's film, featured here.

Produced by KITE members involved with the AFERIA project. See for more info.

This page is currently under construction. Please check back later!