Archives in the sands: using cultural and environmental records to manage future climate change in the Western Isles

Applications are invited for a fully-funded PhD studentship based in the Department of Environment and Geography, University of York. The project will research the effects of coastal erosion on the cultural landscapes of the Western Isles, Scotland in order to inform future conservation strategies. The student will investigate archaeological sites within the intertidal zone and on the globally-rare machair that are at risk of coastal erosion and have been partially investigated by the project partner – showing them to be rich archives of human and environmental histories. Through fieldwork and laboratory analyses, the research will provide data about human settlement, vegetation changes and movement of sediment. The datasets will be integrated with climate change projections to enable predictions of future impacts on the coastal zone.

The student will be enrolled at and will receive their PhD from the University of York, and will have the opportunity to spend time working with the SCAPE Trust in St. Andrews, as well as benefiting from the resources and wider cohort of students in the White Rose College of the Arts and Humanities.

Projections of future climate change include increases in sea-level, storminess, and coastal erosion. One area at risk (identified by the Scottish Environment Protection Agency - SEPA) is the Western Isles, Scotland. This highly dynamic environment, including the fertile and rare grassland known as 'machair', is subject to both erosion and deposition resulting in significant change, including up to 50m of erosion recorded along certain portions of the coast in a single storm. This trend of large coastal change is expected to continue and assets within the study area likely to be affected include roads, farmland and farm infrastructure. Change will also cause damage and destruction to some known archaeological sites and will result in the exposure of other significant, currently buried, sites.

The overall aim of the PhD is to identify methods to help predict and mitigate the effects of future climate change on the fragile machair landscapes of the Western Isles using the cultural and environmental records of past coastal environments. This will involve identifying the main drivers that, when combined, can cause catastrophic coastal change, utilising archaeological data available from three study sites to provide a ‘long view’, in order to prioritise action plans for the conservation of vulnerable areas.

The Hambrecht et al. (2018) concept of Distributed Observing Networks of the Past (DONOP) will be adopted. A DONOP is a spatially distributed group of archaeological sites that together provide archives of human-environment interactions over long time-scales. The archaeological sites on the Western Isles form just such an archive, where it is possible to relate human behaviours and environmental changes within the relatively high temporal resolutions of dynamic environments.

The student will collate and analyse the environmental and archaeological studies completed by SCAPE and others in the Western Isles. Three locations adjacent to the low-lying machair landscapes of Uist and Benebecula (Baile Sear, Paible and Lioncleat) have already partially investigated by SCAPE and will be further studied in the field. The landscapes are characterised by the presence of intertidal peats and extensive eroding archaeological structures and deposits exposed at the coast edge. For example, Baile Sear is a tidal island with a sand dune and machair coast edge that has experienced significant coastal erosion with evidence of Bronze Age to Norse occupation, including Iron Age wheelhouses and associated middens. SCAPE’s work within the intertidal zone has led to C14 and OSL chronologies being developed and key layers containing environmental evidence identified. Deposits remain in the coastal sections and intertidal zone, and the previous work will can act as a springboard to assist the student develop their own targeted research.

At each of the three sites, the student will sample the sediments within and near to the surviving archaeological deposits. They will mould the project around their skills and interests by developing and applying a variety of methods - such as particle size analysis to understand changing sediment dynamics, pollen and charcoal to establish vegetation changes and human land use, and radiocarbon and optically stimulated luminescence dating to establish chronologies.

The student will develop a record of the changing coastal environment and human land use based on the data from the case studies. The integration of the archaeological and environmental datasets will elucidate drivers of coastal changes that could be applied widely to coastal environments and contribute to the DONOP approach. Finally, the student will integrate the DONOP data with relevant climate change projections to produce predictive maps of how the study areas might be affected by and respond to future climate change impacts.

The project aligns with increasing recognition that archaeological sites are archives that contain evidence of past change and adaptation. The sites in the Western Isles are ideal to test and expand this approach. The methodology and outcomes will be of relevance to other coastal areas across the globe facing similar issues. The project will also involve creating 3D models of the coast edge (either from pole-mounted cameras or drones), and these will be of use both to heritage managers (such as the Local Authority archaeologist) and to coastal geomorphologists working on the Dynamic Coast Project for the Scottish Government.

About the project partner and the supervisory team

The SCAPE Trust is a charitable company that works with archaeological sites around Scotland’s coast, especially those threatened by coastal processes. SCAPE has undertaken excavations and surveys since 2000, and between 2012 and 2016, SCAPE managed a national, volunteer-led project, Scotland’s Coastal Heritage at Risk (SCHARP). This updated coastal heritage data that had been collected on behalf of Historic Environment Scotland between 1996 and 2010. The SCHARP coastal surveys resulted in a robust, prioritised list of coastal heritage sites at risk, categorised according to vulnerability and value. One of the outcomes of the analysis was the identification of priorities for further work which form the basis of a research strategy for coastal heritage at risk, both for SCAPE and the wider heritage sector.

The supervisory team will comprise Dr Katherine Selby (Department of Environment and Geography, University of York), Dr Bob Johnston (Department of Archaeology, University of Sheffield), Jo Hambly and Tom Dawson (SCAPE). Katherine Selby works at the interface between archaeology and physical geography, with her primary focus on how changing sea level and coastal configurations affected settlement patterns and use of resources. Her PhD reconstructed sea level change on the Isle of Skye over the last 15,000 years and subsequently she has worked in Orkney, the Isles of Bute and Mull investigating coastal and sea level changes. Bob Johnston is a landscape archaeologist with a particular interest in the coastal and upland landscapes of western Britain. He has undertaken field-based investigations of prehistoric settlement on the Welsh islands of Bardsey and Skomer. Most recently he has worked on the impacts of past and future sea-level change on the archaeological landscapes of west Wales. Jo Hambly is an archaeologist with a research interest in environmental and geoarchaeology. She has developed and managed projects that combine high quality archaeological research with a strong emphasis on public participation and engagement. Tom Dawson has worked in the field of coastal archaeology since helping to establish SCAPE in 2000.  He was formerly a Commissioner with the Royal Commission on the Ancient and Historical Monuments of Scotland, a founder member of SCAPE and is Vice President of the Society of Antiquaries of Scotland.

Since being established eighteen years ago, SCAPE has undertaken collaborative research with community groups around the coast of Scotland. One area of interest is the highly dynamic coastline of the Western Isles, where there are a large number of vulnerable heritage sites at risk of destruction. SCAPE has worked with local heritage groups and members of the local community at the three sites forming the focus of this project. Research to date has included community excavations and survey projects. Fieldwork to be undertaken by the student will include opportunities to work with members of the local community, exchanging knowledge and skills. The student will also be encouraged to give public talks and to organise open days when working in the Western Isles. The project will also involve creating 3D models of the coast edge, and these will be of use both to heritage managers and to coastal geomorphologists working on the Dynamic Coast Project for the Scottish Government.

SCAPE has a strong background in sharing knowledge through the medium of film, and footage of SCAPE’s work is available on YouTube and Vimeo channels. Video of their projects has also featured on national TV programmes, such as Britain at Low Tide, Scotland from the Sky and Digging for Britain. Well-made video presents the opportunity to reach a large audience in an accessible way and the student will be encouraged to create their own video content about the research.

SCAPE is a member of the Society for American Archaeology Climate Change Strategy Taskforce and several other groupings (including NABO and GHEA) – and ideas behind Distributed Observational Network of the Past have evolved within these group, with the international members exchanging ideas and data. SCAPE is also involved with Climate Change Community within the European Association of Archaeologists. As well as attending meetings, SCAPE regularly chairs sessions and presents papers at the annual international conferences of EAA and SAA, and the student will be introduced to these international networks where they will be able to exchange ideas and data. The student will also be helped to prepare papers for presentation at other international conferences.

Full-time AHRC Competition Studentships for doctoral research are 3 years in duration (or 5-6 years part time). Awards are made for one year initially and renewable only subject to satisfactory academic progress. Awards must be taken up in October 2019. No deferrals are possible. Awards will comprise UK/EU fees at Research Council rates and, for eligible students, a maintenance grant (£14,553 in 2017/8).

Applicants should have a strong academic record, including a Distinction (or equivalent) at Masters level in a relevant discipline, which may include but is not exclusive to Archaeology, Archaeological Science, Environmental Science and Geography.  Please note that all applicants should meet the AHRC’s academic criteria and residency requirements (http://wrocah.ac.uk/new-student/ahrc-competition/#amieligible).

The selection will be a two-stage process. At Stage 1 the supervisory panel will select one candidate for the project to go forward for consideration by the main WRoCAH panel. Applications to Stage 1will close at 12 noon on Friday 30 November 2019. If you are successful in Stage 1, the supervisors will work with you to develop your WRoCAH application. Applications to Stage 2, the WRoCAH competition, will close at 5pm on Thursday 24 January 2019.  If you are selected at Stage 1 to be put forward to WRoCAH, your application will be considered competitively within the main WRoCAH competition. Being put forward for consideration is not a guarantee of funding. Successful candidates will be announced in mid-April 2019.

To apply please send an email containing the following to Katherine Selby (katherine.selby@york.ac.uk):

The deadline for Stage 1 of the application process is 12 noon on Friday 30 November.  Please send applications direct to katherine.selby@york.ac.uk

Interviews will take place in the Department of Environment and Geography, University of York, during the week beginning 10 December 2018. We are unable to provide interview expenses. Therefore, if you are unable to attend in person, it will be possible to conduct interviews by video conference or phone. 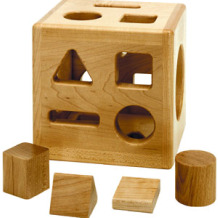