Peter Raynes was made a Doctor of Science, honoris causa by The University of Hull 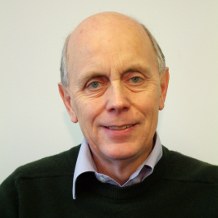 York-born Peter Raynes studied physics at the University of Cambridge. After a PhD in low-temperature physics, also at Cambridge, he joined the Royal Signals and Radar Establishment (now part of QinetiQ) in 1971 and started up research into liquid-crystals materials and devices. In 1992 he moved to Sharp Laboratories of Europe LId, where he was Director of Research until he took up the Chair of Optoelectronics in the Engineering Science Department at the University of Oxford in 1998. In 2010 he moved to the University of York, where he is a Leverhulme Emeritus Research Fellow and an Honorary Visiting Professor in the Chemistry Department.

Professor Raynes is a Fellow of the Royal Society, the Institute of Physics and the Society for Information Display. He has been awarded the Rank Prize for Optoelectronics, the Paterson Medal of the Institute of Physics in and the GW Gray Medal of the British Liquid Crystal Society. The Society for Information Display presented him with a Special Recognition Award in 1987 and awarded him the Jan Rajchman Prize in 2010.