A University of York chemist, Professor Robin Perutz has been named a Fellow of the American Association for the Advancement of Science (AAAS) 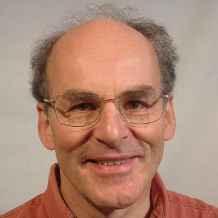 He is one of 347 members honoured by AAAS for their distinguished efforts to advance science or its applications. They will receive their awards at the 2016 AAAS Annual Meeting in Washington, D.C. in February next year.

Professor Perutz, of the Department of Chemistry at York, was elected as an AAAS Fellow for distinguished contributions to organometallic chemistry and photochemistry especially for mechanisms of activation of small molecules

This year’s AAAS Fellows will be formally announced in the journal Science on 27 November 2015.

This is most exciting news for me – to be recognised by my colleagues in the USA like this is most unexpected and hugely satisfying. It is also a great tribute to the talents of my research group and collaborators.

Professor Perutz’s research interests are in organometallics and their photochemistry, reaction mechanisms and spectroscopy. He also carries out research on solar energy conversion.

He studied at Cambridge and Newcastle, gaining his PhD in 1974. He worked in Muelheim, Edinburgh and Oxford before becoming a Lecturer at York in 1983. He was made a Reader in 1989 and Professor in 1991, and was head of the Department of Chemistry between 2000 and 2004. He has been very active in the women in science agenda and in supporting students with disabilities.

The tradition of AAAS Fellows began in 1874. Currently, members can be considered for the rank of Fellow if nominated by the steering groups of the Association’s 24 sections, or by any three Fellows who are current AAAS members (so long as two of the three sponsors are not affiliated with the nominee’s institution), or by the AAAS chief executive officer. Fellows must have been continuous members of AAAS for four years by the end of the calendar year in which they are elected.
Each steering group reviews the nominations of individuals within its respective section and a final list is forwarded to the AAAS Council, which votes on the aggregate list.

Each steering group reviews the nominations of individuals within its respective section and a final list is forwarded to the AAAS Council, which votes on the aggregate list.

The Council is the policymaking body of the Association, chaired by the AAAS president, and consisting of the members of the board of directors, the retiring section chairs, delegates from each electorate and each regional division, and two delegates from the National Association of Academies of Science.