Opening of the second phase of the Dorothy Hodgkin Building

A £9.4 million Chemistry research building will be officially opened on 31 October 2012 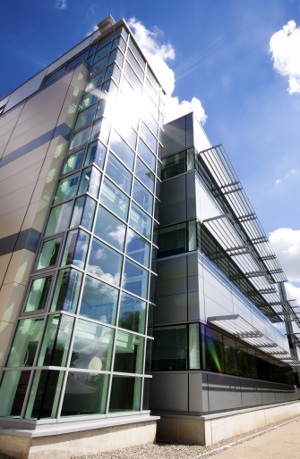 The  second phase of our Dorothy Hodgkin building represents a £9.4 million capital investment that provides high quality, purpose-built, synergistic laboratory space (with over 70 fumehoods) for around 100 of our researchers. It houses research groups associated with medicinal chemistry, materials/liquid crystals, organometallic chemistry and solar energy conversion.

The second phase will be officially opened by Professor Michael Graetzel on 31 October 2012. To celebrate the opening, in the afternoon, there will be a varied programme (DH2 opening programme (PDF

, 474kb)) of research lectures, held in the Department of Chemistry, by the following speakers:

In the evening there will be a public lecture in the National Science Learning Centre, given by Professor Michael Graetzel (Ecole polytechnique fédérale de Lausanne), entitled "Power from the sun, solar cells that mimic photosynthesis". This will be followed by the unveiling of a plaque and a drinks reception.