Chemists plug into metal’s role in the circuit of life

Molybdenum is an essential nutrient for most living species because it causes vital biochemical transformations to occur fast enough to sustain life. In humans, a genetic inability to produce molybdenum-containing proteins is fatal because a molybdenum enzyme known as sulfite oxidase is required by every cell in the body. 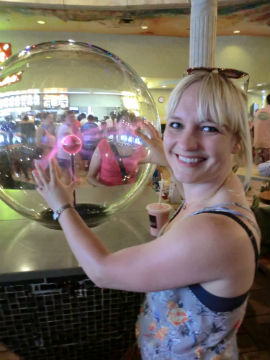 Molybdenum is a metal, and its essential biological role relies on the controlled conduction of electrons. A new study, led by researchers at the University of York, has made an important step forward in the ability to measure and understand the electrical-wiring of a molybdenum-containing protein. This research, which was conducted with scientists at Monash University in Australia and the University of Edmonton in Canada, has uncovered an unusual electronic mechanism that controls the switch-on of chemical reactions in an enzyme called Escherichia coli YedY, a close structural relative to human sulfite oxidase.

The research team, led by Dr Alison Parkin of the Department of Chemistry at the University of York, designed new experiments which simultaneously monitor the in-flow of electrons and the speed of the resulting catalysis.

The research is published in Proceedings of the National Academy of Sciences (PNAS).

Dr Parkin said: “It is essential that we appreciate that electricity was not invented by human beings, all living cells are powered by the flow of electrical current. Molybdenum is incredibly important in biology and discovering more about how it works will help us to understand the processes that underpin life itself. We have showcased a new way in which we can look at the flow of electricity within enzymes and therefore understand critical biochemical processes.”