An interdisciplinary team of researchers, including York Chemists, say they have found ‘missing heat’ in the climate system, casting doubt on suggestions that global warming has slowed or stopped over the past decade. 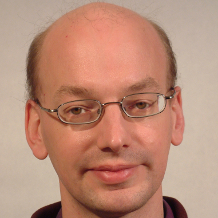 Observational data on which climate records are based cover only 84 per cent of the planet – with Polar regions and parts of Africa largely excluded.

Now Dr Kevin Cowtan, a computational scientist at the University of York, and Robert Way, a cryosphere specialist and PhD student at the University of Ottawa, have reconstructed the ‘missing’ global temperatures using a combination of observations from satellites and surface data from weather stations and ships on the peripheries of the unsampled regions.

The new research published in the Quarterly Journal of the Royal Meteorological Societyshows that the Arctic is warming at about eight times the pace of the rest of the planet. Previous studies by the UK Met Office based on the HadCRUT4 dataset, which only covers about five-sixths of the globe, suggest that global warming has slowed substantially since 1997. The new research suggests, however, that the addition of the ‘missing’ data indicates that the rate of warming since 1997 has been two and a half times greater than shown in the Met Office studies. Evidence for the rapid warming of the Arctic includes observations from high latitude weather stations, radiosonde and satellite observations of temperatures in the lower atmosphere and reanalysis of historical data.

There’s a perception that global warming has stopped but, in fact, our data suggests otherwise. But the reality is that 16 years is too short a period to draw a reliable conclusion. We find only weak evidence of any change in the rate of global warming.

A member of the Department of Chemistry at York, Dr Cowtan, whose speciality is crystallography, carried out the research in his spare time. This is his first climate paper.

Robert Way adds:  “Changes in Arctic sea ice and glaciers over the past decade clearly support the results of our study. By producing a truly global temperature record, we aim to better understand the drivers of recent climate change.”