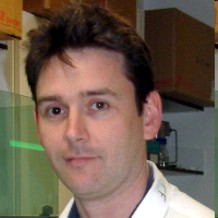 The Network will be coordinated from York and will involve collaborator Universities in Germany, France, Denmark and the Netherlands, as well as industrial partners.  The project, which combines chemists, biologists and biochemical engineers, will focus on the development of cytochromes P450 as industrial biocatalysts for green oxidation chemistry.

Gideon Grogan is also part of another Marie-Curie network in the biotransformations area, BIOTRAINS.  From the 5-7 February, Gideon will host a meeting of students, postdoctoral fellows,  PIs and industrial partners funded by this project in the Biology Department at York. The researchers, who come from partner Universities and Institutes in Germany, Spain, Switzerland, Denmark, Austria and Sweden will have a day of presentations and training on the theme of Industrial Biotechnology, followed by a research symposium.