Professor Alastair Lewis of the National Centre for Atmospheric Science has performed research for the BBC science programme Trust Me I'm A Doctor into whether chemicals released from scented candles pose a danger to health. 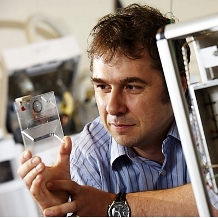 The research investigated whether there was any danger from volatile chemicals released from scented candles. After measuring the amount of volatile organic compounds in a number of houses in York, he concluded that the major component released from scented candles was limonene. In itself limonene poses little threat to health, however after reacting with ozone, which is present in our homes, it produces formaldehyde. The link between cancer and formaldyhyde has been know since the 1980s and it has been listed as a known carcinogen since 2011.

View further details about the Trust Me I'm a Doctor programme