Dr Kirsty Penkman has been awarded a Philip Leverhulme Prize by the Leverhulme Trust. 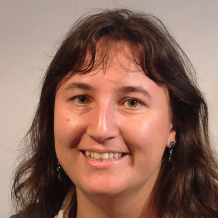 The prize, with a value of £70,000, is awarded to outstanding scholars who have made a substantial and acknowledged contribution to their particular field of study, which has been recognised at an international level, and where the expectation is that their greatest achievements are yet to come.

The Prizes commemorate the contribution to the Trust’s work by Philip Leverhulme, the Third Viscount Leverhulme and grandson of the Founder.

Dr Penkman was recognised for her work in the application of analytical chemistry to geochronology, archaeology and earth science. The rich fossil record from the last 2-3 million years (the Quaternary period) has revealed how plants and animals, including humans, responded to marked climate change in the form of a succession of glacial (cold) and interglacial (temperate) episodes. Recent advances in amino acid dating have revolutionised our ability to date this time period.

The ability to accurately measure the breakdown of proteins in fossil snails has already shed light on key geological and archaeological questions.  Working with geologists, archaeologists, biologists and chemists from the Quaternary community has made this groundbreaking research possible.

Dr Penkman says: "The Philip Leverhulme prize will allow the development of amino acid dating frameworks across Europe.  As well as exploring the use of additional novel fossil materials, we want to achieve methodological advances to provide faster analyses with improved resolution."