The fastest growing waste in the EU could soon be helping to combat hospital infections, according to scientists at the University of York. 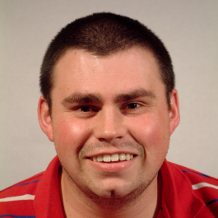 Researchers at the University’s Department of Chemistry have discovered a way of transforming the chemical compound polyvinyl-alcohol (PVA), which is a key element of television sets with liquid crystal display (LCD) technology, into an anti-microbial substance that destroys infections such as Escherichia coli and some strains of Staphylococcus aureus.

The York research team had earlier found a method of recovering PVA from television screens and transforming it into a substance which, due to its compatibility with the human body, could be suitable for use in tissue scaffolds that help parts of the body regenerate. It could also be used in pills and dressings that are designed to deliver drugs to particular parts of the body.

The latest developments from the York Green Chemistry Centre of Excellence and the York Liquid Crystal Group will be showcased by Dr Andrew Hunt at the 14th Annual Green Chemistry and Engineering Conference in Washington DC.

Dr Hunt, of the York Green Chemistry Centre of Excellence, said: “The influence of LCDs on modern society is dramatic – it is estimated that 2.5 billion LCDs are approaching the end of their life, and they are the fastest growing waste in the European Union.

It is estimated that 2.5 billion LCDs are approaching the end of their life but we can add significant value this waste

“But we can add significant value this waste. By heating then cooling the PVA and then dehydrating it with ethanol we can produce a high surface area mesoporous material that has great potential for use in biomedicine.

“Now we have gone a step further by enhancing its anti-microbial properties through the addition of silver nanoparticles, with the result being that it can destroy bacterial infections such as E.coli. Potentially, it could be used in hospital cleaning products to help to reduce infections.”

Dr Hunt will present his research on Wednesday 23 June.

The project’s next steps will be to test the PVA-based substance against commercial compounds to determine relative effectiveness, and to secure approval from regulatory agencies regarding the suitability of silver nanoparticles for human health applications.The research is a development from a long term project, funded by the UK governments Technology Strategy Board, examining the problems posed by LCD waste in which the University of York is a partner.