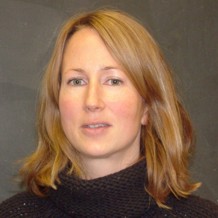 Iodine was discovered two hundred years ago during the Napoleonic Wars by French chemist Bernard Courtois, in his attempts to extract nitrate for gun-powder production. In order to celebrate the bicentennial anniversary of this important element, an international team of authors has reviewed the many roles of iodine in human health, organic synthesis, biogeochemistry and in industrial applications. Professor Lucy Carpenter's research into the biogeochemistry of iodine has shown that in coastal areas iodine is emitted into the atmosphere by seaweeds, affecting climatic processes, and that over the open ocean iodine-related chemistry is responsible for extensive atmospheric ozone destruction. She has also co-authored an article with Professor Frithjof Küpper from the Scottish Marine Institute which showed that iodide acts as a simple inorganic antioxidant, the first such antioxidant described from a living system.