Groundbreaking new electron microscopy technology developed at the York JEOL Nanocentre at the University of York is allowing researchers to observe and analyse single atoms, small clusters and nanoparticles in dynamic in-situ experiments for the first time. 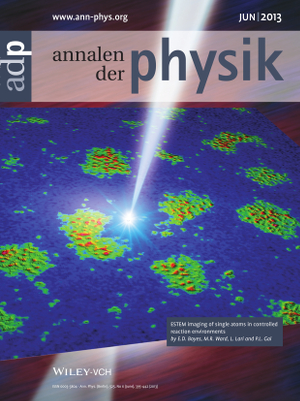 The influential work being carried out at York is opening up striking new opportunities for observing and understanding the role of atoms in reactions in many areas of the physical sciences. It also has important implications for new medicines and new energy sources.

So far, observing reacting atoms has been difficult. When studying the reactions at the catalyst surface, scientists usually have to look into idealised systems under vacuum conditions rather than examining the reality of an industrial catalytic process in a gas environment.

With the new technology it is now possible to observe and analyse single atoms, small clusters and nanoparticles in dynamic in-situ experiments with controlled gas reaction environments at initial operating temperatures of up to 500◦C under transient reaction conditions.

The seminal research carried out entirely at the York JEOL Nanocentre - a major long-term collaboration between the University's Departments of Chemistry, Physics and Electronics, the European Union, Yorkshire Forward and leading electron optics manufacturer JEOL - is reported in Annalen der Physik (Berlin).

Professor Gai, Co-Director of the York JEOL Nanocentre and Professor of Electron Microscopy with Chairs in York’s Departments of Chemistry and Physics, said: “Our research opens up exciting new opportunities for observing and studying reacting atoms, the fundamental basic building blocks of matter, in many reactions and is especially important for the development of new medicines and new energy sources.”

The team of York scientists, which includes Michael Ward and Dr Leonardi Lari, has successfully imaged individual platinum atoms on carbon supports in a reacting catalyst under controlled atmosphere and temperature conditions.

Professor Boyes, Co-Director of York JEOL Nanocentre, with Chairs in York’s Departments of Physics and Electronics, said: “Platinum on carbon supports is important in many applications in the chemical industry including in energy sources such as fuel cells and is an informative model system more generally.”

The work was funded by the Engineering and Physical Sciences Research Council (EPSRC).