The Green Chemistry Centre of Excellence has won and will lead on a major new €4.5M Bio-based Industries (BBI) consortium grant “ReSolve” aimed at the major industrial and research challenge of seeking sustainable and safe bio-based solvents 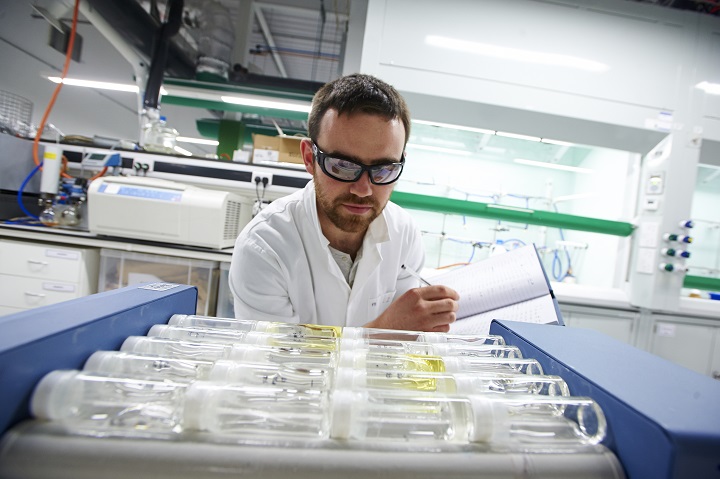 ‌
Solvents are the most widely used chemicals with applications in industries from paints to pharmaceuticals. They also represent one of the greatest “green chemistry challenges” as many of the most commonly used solvents are toxic and have been identified by the EU as “substances of very high concern” and need to be replaced.
The new BBI project (ReSolve) brings together the research expertise of the University of York and Wageningen University with a number of companies both seeking and developing new bio-based solvents. Industrial partners including the companies Circa with whom the Green Chemistry Centre of Excellence in York have an existing joint venture on the new solvent “Cyrene” and Nitto with whom the centre has been developing different novel solvent solutions.

The primary aim of ReSolve is to replace the hazardous solvents with safe alternatives derived from non-food carbohydrates. Starting from promising bio-based platform molecules, an effective combination of computational modelling, high-throughput toxicity testing and evaluation of application performance will be used to design bespoke bio-based solvents. These solvents will be designed to serve a wide range of applications.

The provision of safe and economically viable bio-based solvents by ReSolve will allow the full benefit of regulatory restrictions on the use of aromatic and nitrogen-containing solvents to be felt without a negative impact on the economic security of the European solvents industries. The impact of this research will also relevant to thousands of downstream businesses and consumers that are dependent on solvents. Above all, it will positively affect the health and safety of the millions of European citizens who are routinely exposed to solvents as part of their job.