The University of York’s Department of Chemistry has had its Athena SWAN Gold award renewed for a further three years, making it the longest held recipient of the Gold award on record 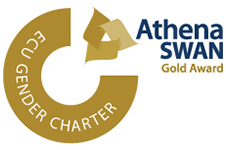 York’s Department of Chemistry was the first in the UK to obtain the Gold award in 2007, before achieving a renewal in 2010. Today’s announcement of a second renewal marks eight years of award retention – the only department in the country to stay this long at Gold level.