Professor Eleanor Dodson is recognised as one of a small number of significant female X-ray crystallographers.

Georgina Ferry in a Nature article celebrates the egalitarian, collaborative culture of a small number of female X-ray crystallographers. Eleanor Dodson of the University of York, UK, who began as Dorothy Hodgkin's technician, was the main instigator behind CCP4, the collaborative computing project that currently shares more than 250 software tools with protein crystallographers worldwide. 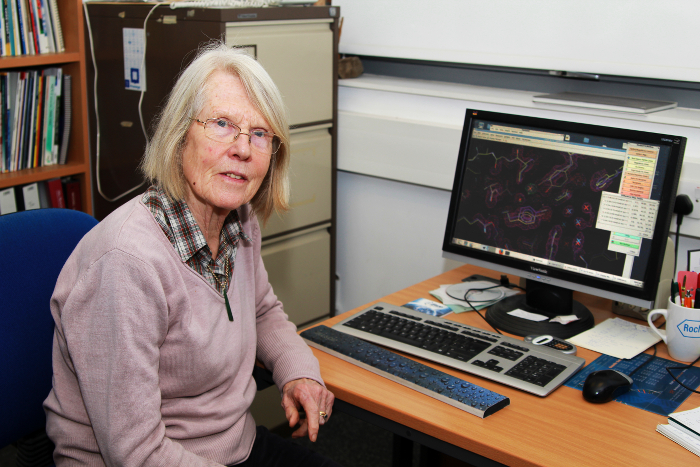 Today, the International Union of Crystallography's online list of eminent crystallographers is more than 90% male. Its prestigious Ewald Prize, awarded triennially since 1987, has had one female recipient (Dodson) out of 14 (7%).