Oliver Wass, who studied for a BSc in Chemistry here in York from 2012 to 2015, and achieved a first class degree, has won the 2016 Guildhall School of Music Gold Medal. 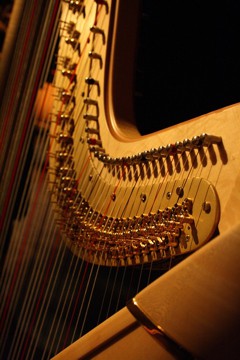 During his chemistry degree, Oliver maintained his passion for music.  Alongside his studies in chemistry, he took 40 credits of elective modules within the Music department, where he achieved the highest ever mark for a final recital, and also won the Blake Music Prize.

After leaving York, Oliver went on to the Guildhall School of Music where he is now studying for a Masters degree.  He received the prestigious Guildhall Gold Medal award for his performance of Ginastera’s concerto for harp, accompanied by the Guildhall Symphony Orchestra and conducted by Adrian Leaper.

You can hear Oliver playing live on Radio 3 at the following weblink:

The chemistry department is committed to supporting students in their extracurricular activities, and aims to help all students develop the confidence to pursue and achieve their goals.