A team of six York Atmospheric Chemists, along with scientists from Leeds, BAS and Manchester, are taking part in an Arctic ship cruise and simultaneous aircraft flights near Svalbard and along the ice edge of Greenland to better understand cloud and aerosol processes in the Arctic.

ACCACIA — Aerosol-Cloud Coupling And Climate Interactions in the Arctic — is a 4-year NERC research project to study cloud and aerosol processes in the Arctic, and better understand their sensitivity to, and feedbacks on, the changing climate.

The first ACCACIA field campaign is now underway. The surface aerosol and chemistry teams are on the Norwegian icebreaker the RV Lance sailing from Tromso to Svalbard and the sea-ice edge east of Greenland.  They will be analyzing air and seawater at various depths in the open ocean, near and under the ice. Professor James Lee is Principal Scientific Officer for this cruise.  The intended cruise plan is shown below. 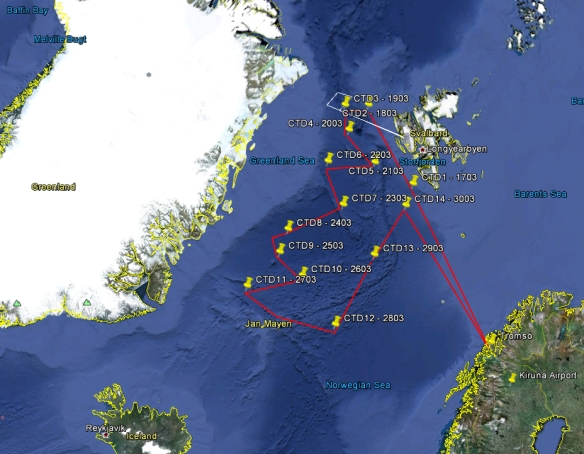 There are two aircraft teams – a specially instrumented Twin Otter from British Antarctic Survey based at Longyearbyen and the UK FAAM research aircraft based at Kiruna in northern Sweden. 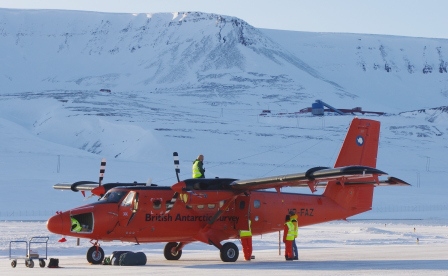 Professor Lucy Carpenter, PI of the York component of the project, said “We hope to obtain new data on the way that aerosols are formed via natural processes in the Arctic region.  The radiative properties of clouds are controlled by those of the aerosol upon which they form –  and clouds exert a very strong influence on the amount of radiation absorbed by the surface in the Arctic. ”