There were six winners in this year’s Roger J Mawby Demonstrating Awards, which recognise and reward outstanding performance from Graduate Teaching Assistants (GTAs) in the Department of Chemistry. 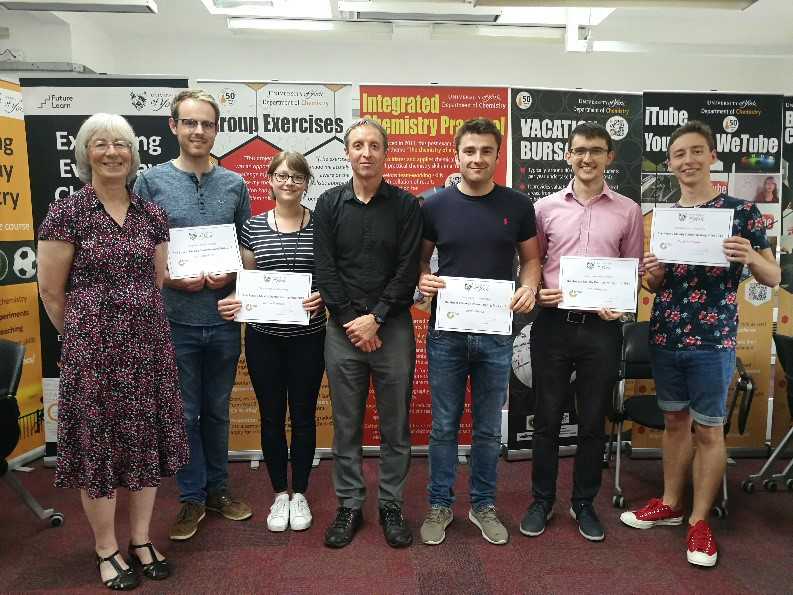 The name of the awards was changed in 2018 to reflect a generous bequest made in memory of Roger Mawby, one of the founding academic staff members of the Department of Chemistry and an inspirational educator. Roger gave detailed and engaging lectures, frequently using chemical demonstrations to illustrate important concepts in transition metal chemistry and catalysis. In addition, he gave stimulating and challenging tutorials that allowed students to develop and build their understanding of chemistry. The Roger J Mawby Demonstrating Prize is now awarded to up to six students each year to reflect Roger's interest in the interface between research and teaching.

All GTAs make a valuable contribution to undergraduate teaching, but there are also those who go above and beyond the requirements of the role, and these awards seek to acknowledge this. Nominations and comments were sought from Teaching Labs staff, course organisers (practical and maths) and undergraduates via the Staff-Student Committee reps. Winners were identified by a selection panel of staff involved with undergraduate teaching and demonstrating. 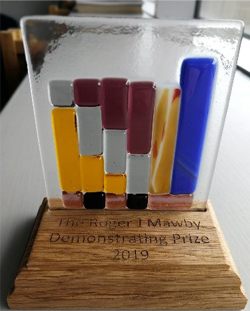 The awards were presented to the winners by Dr Richard Douthwaite, Chair of the Awards Panel and Mrs Gill Mawby who attended the event and shared some memories of her husband Roger and his time at York. Dr Barry Thomas paid tribute to Roger and his contribution to the Department, speaking of the key role Roger played in improving the admissions process and the subsequent successful increase in student numbers, setting the Department on the path to where it is today, as one of the most highly regarded chemistry departments in the UK.

The trophies received by the award winners were crafted by Chemistry glassblower Abby Mortimer, this year celebrating the 150th anniversary of the periodic table.