The Department was delighted with the announcement in May 2019 that it had received a new Athena SWAN Gold Award. In 2007, York Chemistry was the first department nationally to win an Athena SWAN Gold, and has held it continuously ever since. 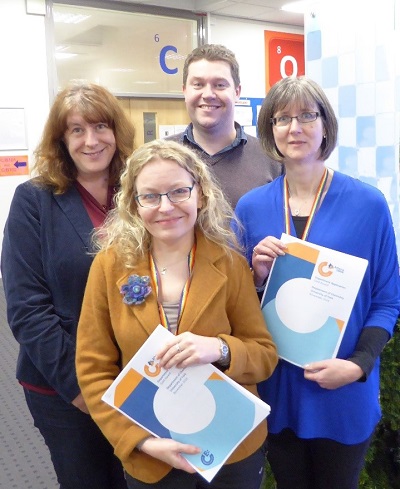 The award recognises the advancement of gender equality: representation, progression and success for all, to which the Department is committed. It reflects the innovative policies and practices that have been developed here, for example in the areas of flexible and part-time working schemes and supportive parental leave structures. Over many years, the department has achieved a vibrant and open culture where Equality, Diversity and Inclusion are an accepted part of everyday life, providing a setting where the careers of individuals can flourish, regardless of who they are.

Head of Department, Professor Duncan Bruce said: “It is great to see the culture of the Department recognised in this way, especially as it is the first time we have gained an award under the recently revised Athena SWAN assessment scheme. This new Gold award recognises our long-term commitment to supporting the careers of women in chemistry and challenges us to continue to embrace diversity in its widest sense in the future.”

The Gold Award submission was primarily prepared by Dr Leonie Jones, Dr Caroline Dessent, Dr Helen Coombs and Dr Derek Wann. The resulting document contains a fascinating overview of the department, and the progress made in recent years. For example, recently the department has begun to close the ‘leaky pipeline’ for female academics, and has worked very hard on mitigating unconscious bias in the recruitment of both students and staff, as well as providing training for undergraduate and graduate students on equality, diversity and inclusion issues. There has been particular focus on Early Career Researchers (ECRs), with the appointment of Dr Leonie Jones as Employability and Diversity Officer, and new roles of ‘Post-doc Champion’ and ‘Fellowships Officer’, leading to a significant growth in the career development opportunities we can offer.

The Department submitted an action plan for the next four years. In particular, the department will be focussing on improving the recruitment processes used for senior academic positions, as well as enhancing support for mid-career academics through promotion to Professor, as well as up through the Professorial bands, including support for leadership training. Under the expanded Athena SWAN scheme, the Department considered the career progression of professional and support staff and identified a number of areas where further support for career development will be developed, for example through the Technicians’ Commitment. The department will also continue its sector-leading ‘Beacon Activities’, which aim to spread some of the best practice developed here both nationally and internationally.