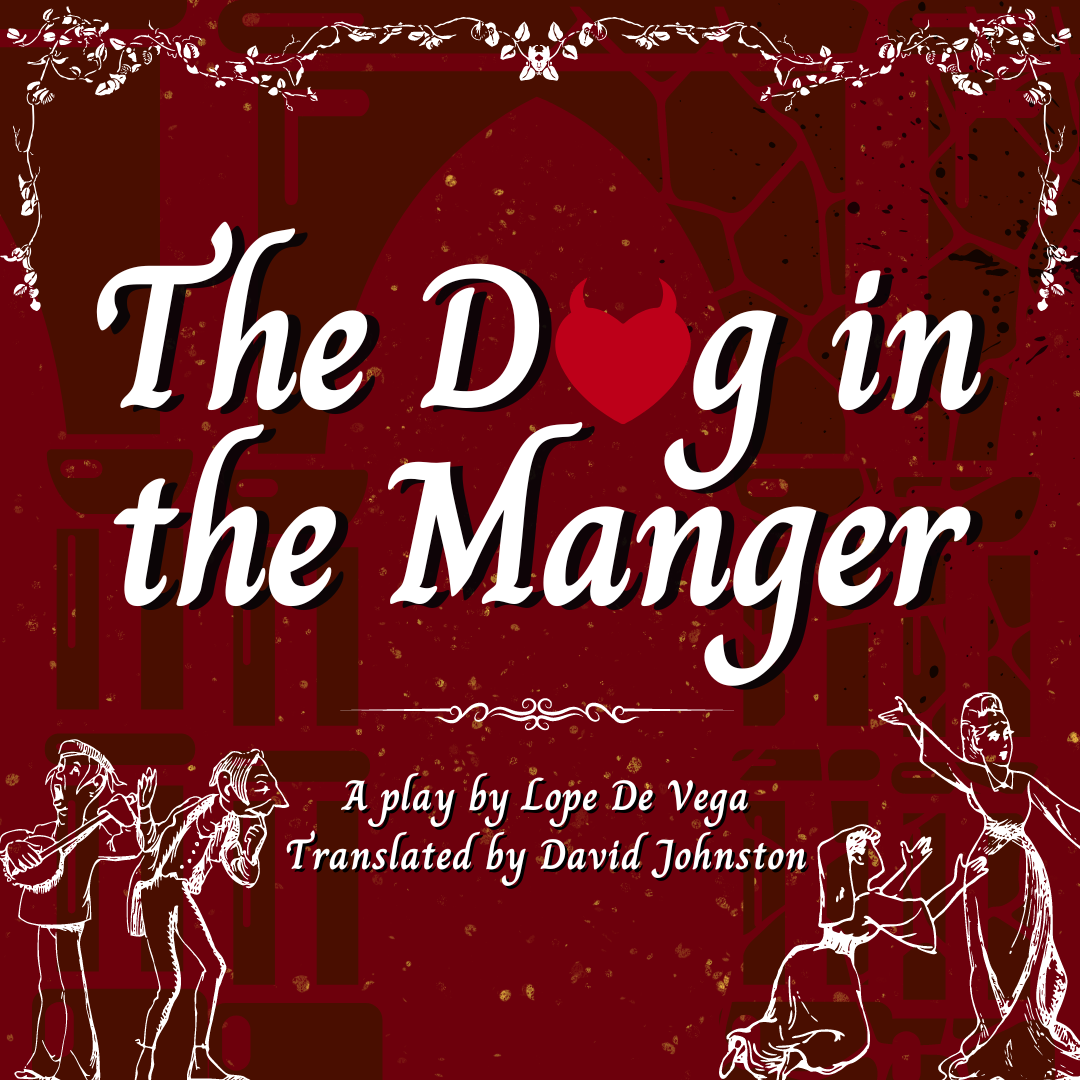 Performance
This event has now finished.

‘She may be a dog in a manger, but when she bites, she licks you better.’

The Dog in the Manger

(noun) a. A person who selfishly keeps something that they do not really need or want so that others may not use or enjoy it.

Countess Diana of Belflor has fallen in love with her secretary. No matter that aristocratic suitors from all over Naples would do anything to marry her; she only has eyes for Teodoro, the one person she can’t have. To make matters worse, he only has eyes for Marcela, her favourite lady in waiting. It’s only a matter of time before she finds out, and commences upon a jealousy-fueled plot to keep him to herself… or at the least, stop him from being with anyone else. Because that can only end well, right?

Written by Lope De Vega in the early 1600s, The Dog in the Manger is known as one of his funniest and most erotically liberated plays. David Johnston’s modern translation, which was first produced by the Royal Shakespeare company in 2004, breathes new life into this seminal work from the Spanish Golden Age.

Fairytale love or forbidden fruit. Which would you choose?

Haze/Smoke will be used for this perfomance