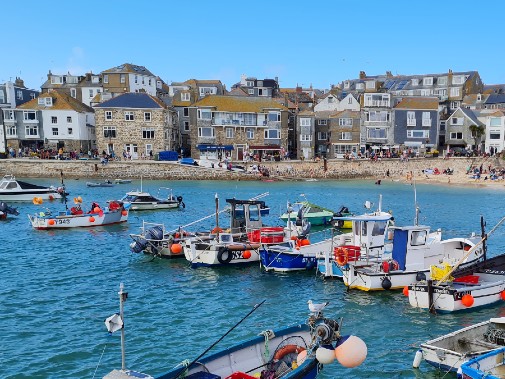 The report, a collaboration between the University of York, New Economics Foundation, University of Lincoln and marine consultancy service ABPmer, found that while the government promised radical reforms to help the industry take back control of UK waters and increase quota shares (all while minimising trade impacts), this is starkly at odds with the reality of what has been achieved.

Despite government statements that Brexit would result in hundreds of thousands of tonnes of extra catch for UK fishermen, the research calculated that the increase will only reach 107,000 tonnes per year, or 12.4% by value for all species, by 2025.

UK fisheries management also continues in a state of interdependence with significant EU access to UK waters remaining, including in the six to 12 nautical miles off the UK coast, which the government claimed would be kept exclusively for UK boats.

New regulations and logistical barriers brought in by the Brexit trade deal also mean that exporting fish and seafood costs more and takes longer, so fish is less fresh and customers have been lost, the researchers say.

Lead author of the study, Dr Bryce Stewart, from the Department of Environment and Geography, at the University of York, said: “Government promises on Brexit and its benefits for the fishing industry were far in excess of what could be delivered. The industry became an icon of Brexit with claims it would correct past injustices and breathe new life into neglected coastal communities, but our study reveals the stark delivery gap between rhetoric and reality.”

The researchers analysed all available data on catch quotas, actual landings and the proportions of different fish species living in UK waters.

Dr Stewart added: “Most of the significant increases in catch quotas are for just a few fisheries such as western mackerel and North Sea sole and herring. Most fishermen, particularly those in small boats, have seen few if any benefits, so due to new challenges around trade are likely to be worse off.

“Many people in coastal communities who were pinning their hopes on post-Brexit reforms  feel betrayed and this comes at a significant cost to their wellbeing and mental health.”

Co-author Suzannah Walmsley, fisheries and aquaculture specialist at ABPmer, added:“There was much talk about ‘zonal attachment’, where quota shares are determined based on the proportion of fish stocks in each party’s waters. Our analysis of just 24 out of more than 100 stocks included in the deal shows that it falls short of this by at least 229,000 tonnes or £281 million.”

However, the researchers note that Brexit may bring some benefits to the environment as it has enabled the UK to reclaim the autonomy to designate offshore marine protected areas, something that was difficult from within the EU as it required agreement between all member states.

For example, this has enabled a proposal to protect Dogger Bank - a large sand bank in a shallow area of the North Sea. The area, which was once incredibly productive for marine life, has been subject to intense fishing for centuries.

Dr Stewart said: “While Brexit may bring some benefits to the environment, the government’s failure to deliver on its pledges to coastal communities will have further eroded trust in it’s motives and brings home the need for an end to overblown political promises. Future decisions on reforms need to be evidence based and made in collaboration with communities. The UK government faces a challenging start to managing fisheries outside of the Common Fisheries Policy.”

The Brexit deal and United Kingdom fisheries - has reality matched the rhetoric? Is published in the journal Maritime Studies.