A complex benefits systems is forcing some veterans with physical and mental health problems to use foodbanks or search through bins, a major new study has revealed. 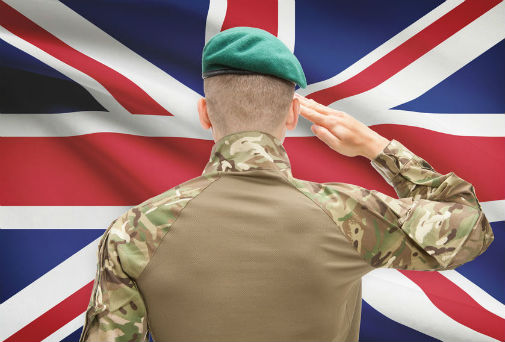 More than 100 interviews were conducted with ex-Service personnel

A complex benefits systems is forcing some veterans with physical and mental health problems to use foodbanks or search through bins, a major new study has revealed.

Many of those taking part in the study were found to have insecure employment, with several struggling with debts and rent arrears.

Others live with embarrassment, shame and resentment at a system they call unfair and bewildering.

Researchers from the universities of Salford and York conducted 120 interviews with ex-Service personnel and found the need for greater understanding of veterans’ complex needs and suggests that sanctions are not the answer.

Welfare conditionality links eligibility for welfare benefits and services to responsibilities or particular patterns of behaviour, under threat of sanction for non-compliance. It has been a key element of welfare state reform in many countries since the mid-1990s.

In addition, Universal Credit (UC) appeared to have introduced a further layer of complexity and received damning criticism from respondents leaving the Armed Forces and their families.

The report, funded by Forces in Mind Trust (FiMT), titled Sanctions, support and Service leavers: Social security benefits and transitions from military to civilian life, launched today, 18th June, at an event in the House of Lords.

This is the first major study investigating the experiences of ex-Service personnel navigating the benefits system. The research makes 12 recommendations, which include the need for:

Professor Peter Dwyer, from the University of York's Department of Social Policy and Social Work, said: “This important study highlights the issues that service leavers making the transition from military to civilian often face in their interactions with the UK’s social security benefit system and sets out a number of recommendations for improving provision for veterans in the future.”

Ray Lock, Chief Executive, Forces in Mind Trust, said: “The evidence from this study clearly shows the need for identification and understanding of the complex needs of the minority ex-Service community who are in need of welfare support.

“The majority of ex-Service personnel make a successful transition back to civilian life; for the few who encounter difficulty, we need to ensure that consistent signposting to relevant support services is achieved and the benefits system is easier to navigate.”

Professor Lisa Scullion, Associate Director of the Sustainable Housing and Urban Studies Unit at the University of Salford, who is leading the project, said: “Allowances are made to veterans who claim benefits as part of the Armed Forces Covenant, but until now very little has been known about their experiences within the benefits system. We found people who desperately did not want to claim benefits and only did so as a last resort, but who found the system baffling and had been given little preparation for dealing with it.

“It was evident that some of our participants struggled with adjusting to the precarious labour market that we have today. But also, to then have to confront some of the conditions attached to benefit receipt is a shock for people.”

“Yes, there is significant good practice within the DWP and notably among their Armed Forces Champions, but the variation across geographical areas and even within Jobcentres is worrying.”

The Sanctions, Support, and Service Leavers report can be found here.