Home>News and events>Events>Open lectures>Spring 2020>Len McCluskey: Why You Should Be a Trade Unionist 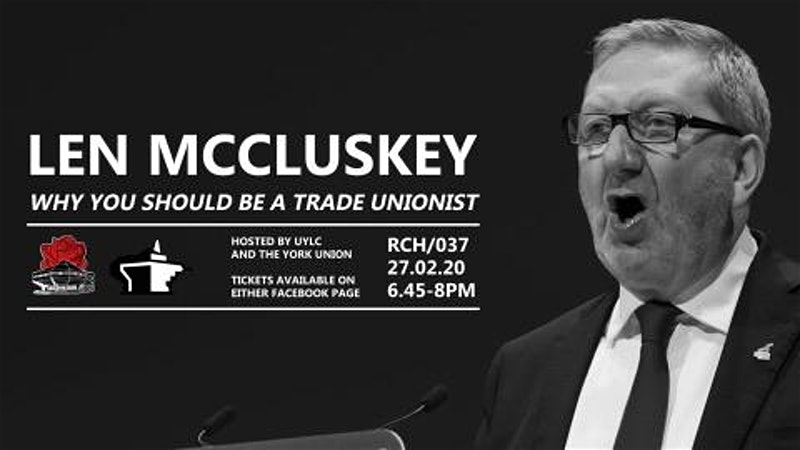 Since their legalisation in 1824, to their peak in the postwar period and gradual decline in the neoliberal era, trade unions have shaped the British political economy and been a source of working class power for centuries. Join us as we hear 'Britain's best known and arguably most powerful trade union leader' make the case for why you should join a trade union.

Drawing on anecdotes from his own long involvement in unions, McCluskey will be looking at the history of trade unions, what they do and how they give a voice to working people, as democratic organisations. In considering the changing world of work, the challenges and opportunities of automation, an explanation will be given for how being trade unionists can enable us to help shape the future.

Len McCluskey is General Secretary of Unite the Union.

“Len McCluskey is Britain’s best known, and arguably most powerful, trade union leader for good reason. He engagingly mixes personal experiences with unflinching conviction to present a compelling argument for the value of organised labour—whichever political party is Government.”