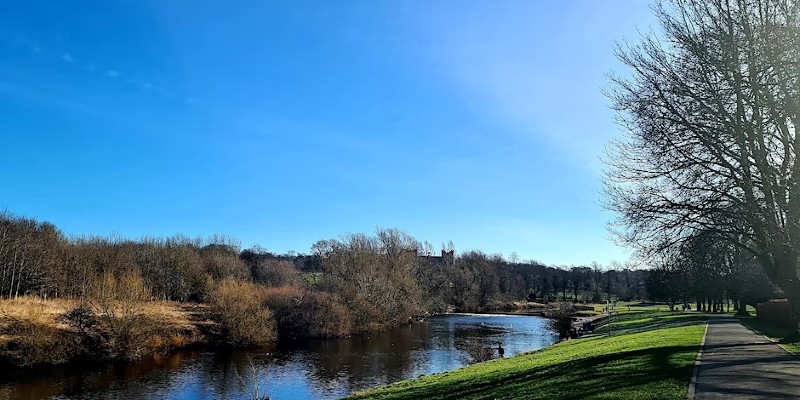 Film
This event has now finished.

There is increasing research into how spending time in nature or 'green' (ie filled with vegetation) and 'blue' (containing water) spaces can be beneficial to mental health. We invite you to the premiere of several short films exploring the benefits of nature and the outdoors for people experiencing mental illness.

The films have been created by a group of individuals who experience, or who care for someone with, severe mental illness that came together from across the Northern England. The project is a collaboration with a number of researchers at the University of York and Humber Teaching NHS Foundation Trust, plus a participatory film maker, and was inspired by research undertaken in Northern Ireland led by Queen's University Belfast.

Participatory filmmaking is a method where members of the public work with a facilitator to explore an issue close to their lived experience and express this through storytelling using the medium of film.

In our films you will experience a number of individual journeys to and through natural spaces, exploring the characteristics that make them special plus different ways of engaging with them. You will also see the positive effects on mood and energy levels, and by extension health and wellbeing. Additionally the films consider what can motivate or help a person to get out into nature and what can hinder or put them off.

The showing will be accompanied by brief talks about the making of the film and about the research that originally inspired the project. There will be interactive elements too, including the opportunity to ask the team any question about the project and to share what 'green and blue' means for you.

After the event officially ends, the panel will stay on for roughly an extra half-hour to answer any further questions.

Who is the film suitable for?

We think that our event will be of interest to everyone but might not suitable for younger children.

The event is generously sponsored by the Economic and Social Research Council (ESRC) as part of the 2022 'Festival of Social Science'. The film is funded by the ‘Closing the Gap’ Network. The Network is one of eight collaborative programmes in mental health funded by UK Research and Innovation (UKRI) in 2018 and is led by researchers at the University of York and Keele University. It supports new research, partnerships and translational work to address the stark physical health inequalities experienced by people with the most severe forms of mental ill health.