Home>News and events>Events>Open lectures>Autumn 2022 >Charged: How the Police try to suppress protest 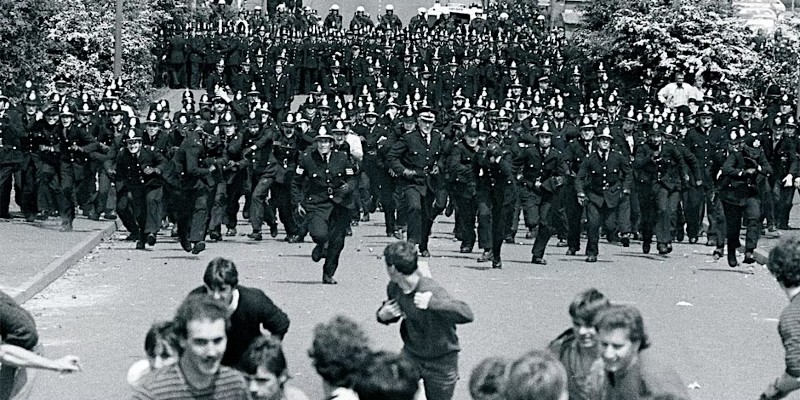 An Urgent Investigation into Modern British Policing.
The UK government’s efforts to suppress dissent in the pursuit of greater power have given a green light to police to apply more aggressive tactics in managing crowds and protests. The results have provoked violence and even led to officers breaking the law. Charged tells the troubled history of the relationship between police and protesters in today’s Britain.

After the 1981 Brixton riots, which prompted widespread criticism of police powers, the Conservative government moved surreptitiously to permit a greater freedom for the police to crack down on protest. Since then, successive British governments have condoned their tactics—from batons to horse charges to kettling. Through undisclosed documents and eyewitness accounts, Matt Foot and Morag Livingstone reveal organised police violence against miners at Orgreave, print workers at Warrington, anti–poll tax campaigners, student protesters, and Black Lives Matter activists.

Those protesting against racism, unfair job losses, draconian laws, or environmental disaster have been targeted, brutalised, and unfairly detained. In response, the media has frequently denigrated protesters while praising a police force that continues to act with impunity. As a result, protest and resistance have become almost unsustainable—to the detriment of democracy.

This history of policing reveals the true character of a state that tries to silence dissent with violence. Protest will, however, not be suppressed.
Reviews
"Be warned. This carefully researched book shocks and alarms. Never has such a work been more necessary. If you thought you knew, you don't. If you thought you were safe, you aren't. And if you thought you could leave it to others - you can't." - Michael Mansfield KC, Foreword to Charged: How the Police Try to Suppress Protest

“An important study of how history influences the present.” – Kirsty Brimelow KC, The Times

“Brilliantly readable, it carries you with it every step of the way. One forgets how frightening authority is and the detail on police behaviour is dreadfully shocking and distressing. It never assumes what you might believe or what you might already know and at the end leaves the reader in no doubt as to what has happened in this country.”– Emma Thompson, actor and activist.

Matt Foot is a criminal defence solicitor, specialising in representing protesters and victims of miscarriages of justice. As a campaigning lawyer he co-founded Justice Alliance, to protect legal aid, and Asbo Concern.