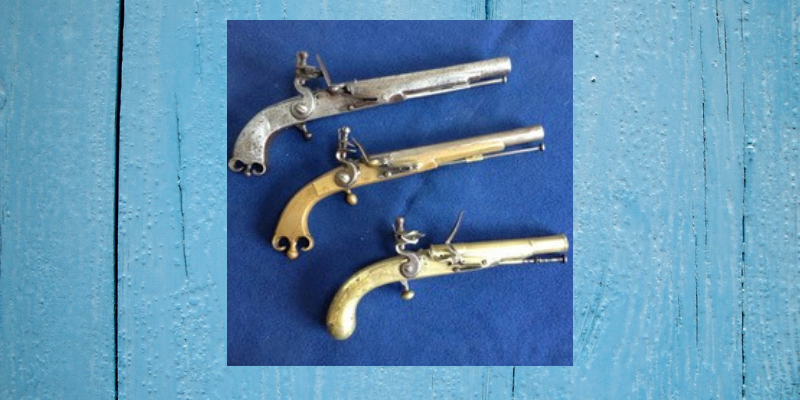 One of the main inflences on the history of our nation is the wars that shaped our present day. Weapons and their use were an important part of warfare.

Bob will start with a reminder that gunpowder was invented by the Chinese, brought to Europe by merchants and spread across Europe.

Guns started to be made in Britain in the 16th century, but really became an important industry in the 18th century.

Bob will talk about the gun makers, who used them, and where and how they were used.

Bob’s collection covers military and civilian pieces and members of the audience will have the opportunity to handle the guns at the end of the talk.