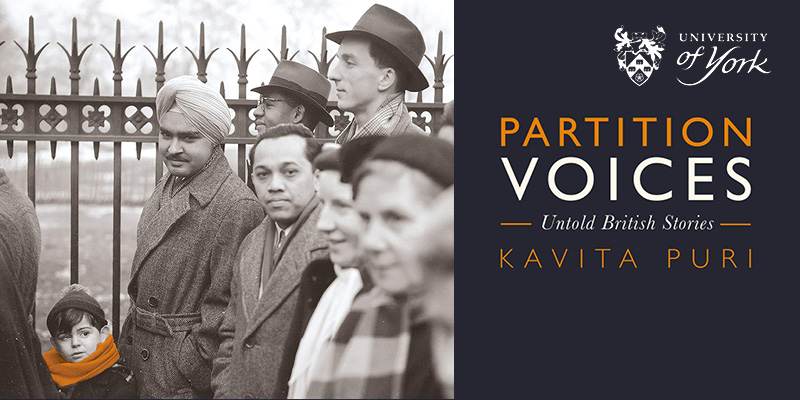 Dotted across homes in Britain are people who were witnesses to one of the most tumultuous events of the twentieth century. Yet their memory of India's Partition in 1947 has been shrouded in silence.

Kavita Puri ‘s father was twelve when he found himself one of the millions of Sikhs, Hindus and Muslims caught up in the devastating aftermath of a hastily drawn border, dividing the Indian subcontinent into India and Pakistan. He remained silent – like so many – about the horrors he had seen for seventy years.

When her father finally spoke out, opening up a forgotten part of Puri's family history, she was compelled to seek out the stories of South Asians who were once subjects of the British Raj, and are now British citizens. Determined to preserve these accounts – of the end of empire and the difficult birth of two nations – Puri records a series of remarkable first-hand testimonies. They reveal Partition's enduring legacy for British South Asians and their descendants in Britain today.

Kavita Puri works in BBC current affairs. She is the editor of Our World and presenter of Radio 4’s Partition Voices