Home>News and events>Events>Open lectures>Autumn 2019>Equal: A story of women, men and money 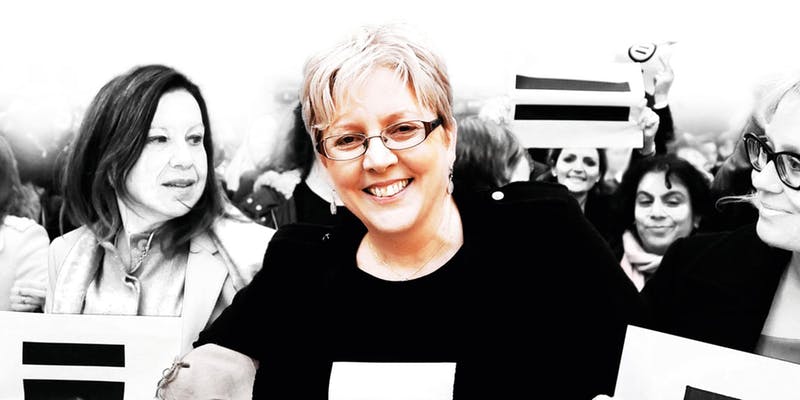 Equal pay for equal work has been the law for half a century, but at current rates of progress the gender pay gap is unlikely to close in your lifetime. Sometimes there are legitimate reasons why women get paid less, but often not. Over the course of a career, women are losing life changing amounts of money. And even if they discover the problem, it can be almost impossible to put it right.

Carrie Gracie knows this because she tried. The award-winning journalist challenged unequal pay at the BBC. After a year-long battle and a high-profile public protest, she won her case. But by that stage she’d learned that she and her colleagues were far from alone: women everywhere told her they yearned for a level playing field at work. In Equal, she turns her reporter's eye onto what went wrong in her own workplace. And through interviews and case studies, she maps the social and economic forces driving inequality in so many others. Equal offers women advice on how to stand up for the value of their work. But it also enlists men. Pay is about power after all, and men often have what it takes to make change for this and future generations.

Carrie Gracie grew up in north east Scotland and set up a restaurant before completing a degree in Philosophy, Politics and Economics at Oxford. In a BBC career spanning more than three decades, she has served as China correspondent and Beijing bureau chief as well as a presenter on the BBC News Channel and host of the weekly BBC World Service programme The Interview. She has made many documentaries for TV and radio, winning prizes including a Peabody and an Emmy, and commentating at the 2008 Beijing Olympics. In January 2018, Gracie left her post as BBC China editor in protest at unequal pay. In June 2018 she won an apology and pay parity from the BBC. She donated all her back pay to the gender equality charity, the Fawcett Society, to help low paid women facing pay discrimination. She continues to serve as a BBC News presenter and, as a member of the ‘BBC Women’ group.