Home>News and events>Events>Open lectures>Autumn 2019>A chapter of woe: The Anglo-Scots Battle of Myton, 1319 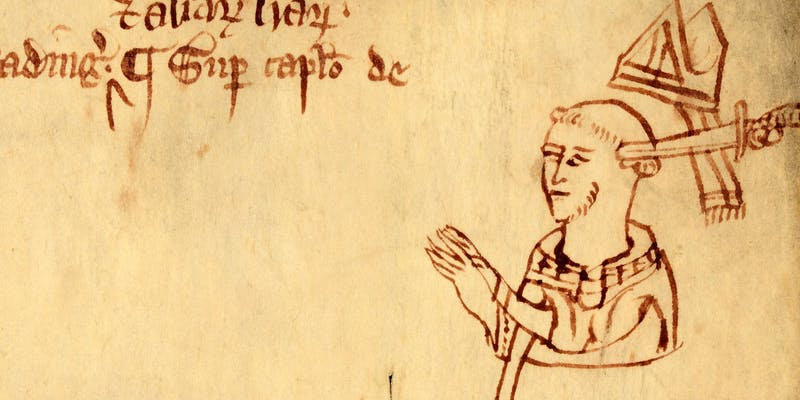 A chapter of woe: The Anglo-Scots Battle of Myton, 1319 Dr Paul Dryburgh, The National Archives

On 20 September 1319 William Melton, archbishop of York, hastily assembled an army of clergymen, monks and their lay servants, friars and local civic officials. His force headed north from York to tackle a battle-hardened Scottish invasion force under Robert Bruce and his chief lieutenants before the Scots could approach York where the queen was residing. The result – amidst the confusion of smoke and fire – at Myton on the River Swale, was a rout of the archbishop’s army. So many clergymen apparently perished, most of whom drowned in the Swale, that the Scots later mockingly called the battle “The Chapter of Myton”.

In this lecture, Dr Paul Dryburgh introduces one of the most calamitous but least known battles of the Anglo-Scots wars in its 700th-anniversary year and looks at how the northern Church and northern society coped with the Scots’ military supremacy in a decade during which England suffered some of its greatest humiliations in arms.

Paul is an archivist and historian who specialises in government and society in the British Isles in the 13th and 14th centuries. Prior to joining The National Archives as a Medieval Record Specialist in 2014, Paul worked as access archivist at the Borthwick Institute, University of York.

Paul’s current research interests include ecclesiastical records, medieval Ireland, and the materiality of collections particularly seals. He also has a keen interest in the training of linguistic and palaeographic skills needed to access medieval records.

Paul is currently Co-Investigator on an Arts and Humanities Research Council funded project, ‘The Northern Way’, which aims to explore and reveal the role of the Archbishops of York from 1304-1405. Paul is Joint General Editor of the Pipe Roll Society, Honorary Secretary of the Lincoln Record Society, and President of the Mortimer History Society. He is also a member of the AHRC peer review college.