Scientists discover how bacteria use electrical spikes to tolerate antibiotics

Researchers have uncovered how some bacteria use electrical spikes to overcome antibacterial drugs, potentially leading to ‘superbugs’ that are resistant to antibiotics. 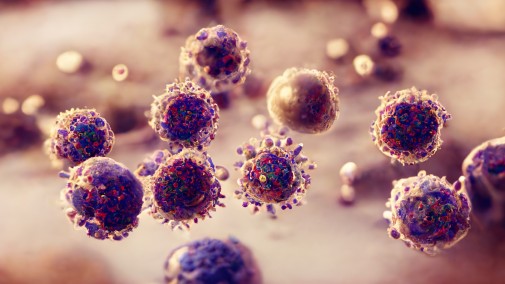 Antimicrobial resistance, or AMR, is one of the world’s most urgent health problems

The study, led by a team at the University of York and Peking University, reveals how bacteria – many of which result in debilitating diseases – exhibit short-lived electrical spikes very similar to those found in nerve cells, and use these to help evade the killing effects of antibiotics.

The team of scientists created new types of indicator dyes that could be directly spliced into the genetic code of bacteria whose fluorescence could then be used to measure the electrical voltage across the membranes of individual cells.

Antimicrobial resistance, or AMR, is one of the world’s most urgent health problems killing over one million people worldwide each year, which occurs because germs such as bacteria and fungi are becoming increasingly resistant to the antibiotics drugs that are designed to kill them.

It is still not clear exactly how different germs become tolerant to these drugs, and so efforts to understand how this occurs are important in paving the way to developing new approaches to eradicate germs.

The research is an important step forward in understanding how actively growing bacteria exhibit transient electrical spikes across their cell membranes, and how these spikes are associated with an increased ability to survive the killing effects of antibiotics, the authors of the study say.

Co-lead author of the study, Professor Mark Leake, from the Physics of Life group and York Biomedical Research Institute at the University of York, said: “Our study suggests that when bacteria are actively growing, such as during an infection, they exhibit short-lived spikes in the electrical voltage across their cell membranes.

“These spikes look remarkably similar to those seen in nerve cells during sensory stimulation. Their size and frequency can be ‘tuned’ by changing the mixture of chemical ions surrounding the cells in a way that suggests that tiny channels in the cell membrane are dynamically opening and closing.

"We find that cells which have larger and more frequent spikes can literally spit out antibiotics via these channels before they have a chance to kill the cell.”

The study may solve the puzzle of how some bacteria known as ‘persisters’ can in effect resuscitate themselves after a treatment of antibiotics is stopped and go on to grow new infectious colonies.

The team developed new used fluorescent dyes to act as high-precision voltage sensors that are inserted directly into the bacteria’s genetic code. Using laser fluorescence microscopy on these cells allowed the team to observe these voltage spikes directly for the first time on individual cells.

Professor Leake said: “New scientific studies, such as ours, that help us to understand at the scale of single cells how electrical signals can be used by bacteria to help them survive antibiotics, may help pave the way to completely new treatments that focus on disrupting the bacteria’s ‘electrical circuitry’ to combat the emerging global threat of infections from superbugs.”

The research, in collaboration with National Central University, Taiwan, and Peking University, China, is published in the journal Proceedings of the National Academy of Sciences.