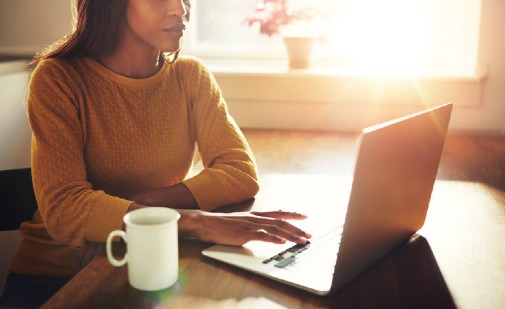 The study will address concerns that the digitalisation of key government services may lead to existing inequalities being reproduced or exacerbated online.

The Protecting Minority Ethnic Communities Online (PRIME) project, involving researchers at the University of York and led by Heriot-Watt University, was initiated after a range of public services in areas including health, social housing and energy were digitised, a process accelerated by the pandemic.

The project will work closely with communities, councils, charities and digital service providers to investigate and address widespread concerns - highlighted in the government’s 2020 Online Harms White Paper - that the digitalisation of services may lead to existing inequalities being reproduced or exacerbated online.

Co-investigator of the project, Dr Siamak Shahandashti, from the Department of Computer Science at the University of York, said: “Automated systems have enormous potential to make society fairer by eliminating individual’s personal prejudices from decision making, but there is also a risk that they will reinforce existing inequalities. For example, the algorithm used to calculate A level results in 2020 was shown to penalise students from disadvantaged backgrounds.

“We know that deeply entrenched and persistent racial inequalities in the UK already influence outcomes for minority ethnic groups in all three areas our project will look into - healthcare, housing and energy - so we will be listening to the concerns and experiences of minority ethnic communities in order to develop new technologies which reduce the risk of harm as these services become increasingly automated.

“We will be exploring the development of technologies designed to be ‘blind’ to any data, such as names, that might reveal ethnicity and prejudice decisions, as well as algorithms with built in measures of equal outcomes to ensure fairness in decisions on social housing for example.”

Dr  Shahandashti added: “Privacy and cyber security is extremely important for all users of online government services, but we know that the consequences of privacy being compromised are disproportionately severe for minority ethnic groups, with leaked personal data putting individuals at risk of harms such as descrimination and cyberbullying.”

Principle investigator, Dr Gina Netto from The Urban Institute at Heriot-Watt University said: “Our multi-disciplinary team has worked collaboratively to engage with a wide range of organisations to design rigorous social and technical methods to deepen understanding of the nature of online harm experienced by minority ethnic communities.

“Together with our partner organisations, the project will play an important role in tackling racial inequality and improving service provision for the UK’s increasingly diverse citizens. It will also serve as an international exemplar of the critical role that research can play in not only increasing knowledge but in the redesigning and embedding of processes within institutional systems to advance racial equality.”

The £3.3 million PRIME project is funded by UK Research and Innovation (UKRI) through the Strategic Priority Fund as part of the Protecting Citizens Online programme, initiated in response to the 2020 Online Harms White Paper. The project involves a range of partner organisations including, the Muslim Council of Britain, The Mental Health Foundation, the NHS Race and Health Observatory and The UK Collaborative Centre for Housing Evidence, and is administered by the Engineering and Physical Sciences Research council (EPSRC) on behalf of UKRI.