Researchers at the University of York played a key role in a major new study which suggests that Universal Basic Income could help to reverse the epidemic of mental health problems among young people in the UK. 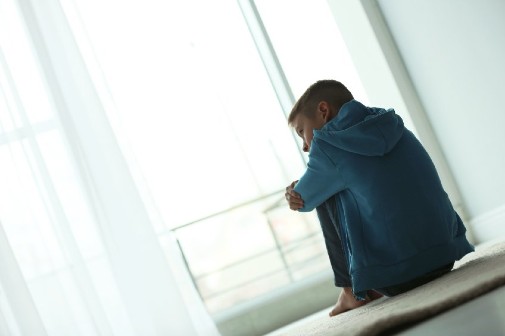 Mental health conditions are on the rise, particularly among 16-24 year-olds

Soaring living costs are causing unprecedented pressure on UK households, resulting in a dramatic increase in the number of people suffering from mental health conditions such as anxiety and depression – particularly among 16–24-year-olds.

A new Royal Society of Arts report, compiled by a team which included Professor Kate Pickett, of the Department of Health Sciences, and Professor Richard Cookson, of the Centre for Health Economics at York, explores the introduction of Universal Basic Income (UBI) as an alternative to conventional policy options.

Under the UBI scheme, every UK citizen would receive regular payments to support their basic needs and provide them with a level of financial security. This addresses a frequent criticism of the existing welfare system: that it does not support those who are aspirational, hard-working and responsible.

The research, funded by the Wellcome Trust and led Northumbria University, reveals that:

Professor Pickett said: “We really do have an epidemic of mental health problems among young adults in our society. This has been made worse by the Covid-19 pandemic and you can only imagine it is going to become worse in the current economic crisis.

“UBI would raise the income floor for a lot of people, reduce inequality and take away some of the sources of anxiety which young people particularly find so challenging. It would also save massively on costs to the NHS and other services.”

Professor Cookson added: “There is already overwhelmingly strong evidence that reducing poverty and income insecurity in childhood and adolescence can improve mental health; our work using up-to-date data tells UK policy makers by how much.”

The project, which began in August 2021, involved detailed modelling work using links between income and anxiety and depression, a series of focus groups to gauge young adults’ views on UBI as well as a series of surveys in ‘red wall’ constituencies to assess support for Universal Basic Income.

For more information about the University's work in mental health visit our Institute of Mental Health Research website. Research at the Institute aims  to improve the lives and care of people affected by mental health difficulties, and mitigate the impact on individuals, families, the NHS, the workplace and whole communities.