A York academic is calling on the UN Human Rights Council to increase pressure on the Chinese and other governments around the world to tackle modern slavery. 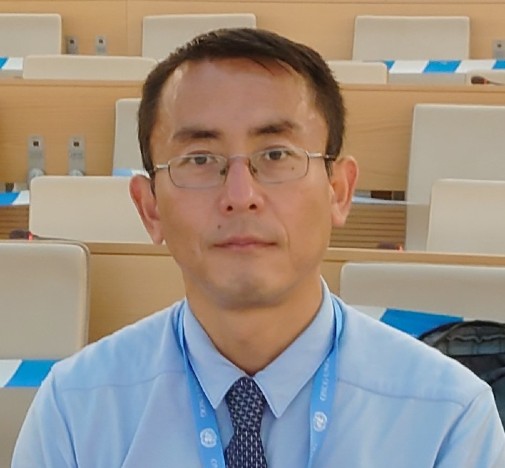 Professor Tomoya Obokata, from the University of York’s Law School, is today (15 September) presenting his independent report on modern slavery and forced labour to the UN Human Rights Council in Geneva.

The report, which highlights human rights concerns in many countries, including the UK, concludes there is strong evidence of human rights violations against Uyghurs and other predominantly Muslim communities in XinJiang province, China.

For the report, Professor Obokata conducted an independent analysis of testimonies from NGOs, alleged victims and independent academic reports and consulted with the Chinese government. He found reports of physical and sexual violence and long hours of labour amounting to enslavement in China’s “re-education” camps for the Uyghur community to be credible.

Professor Obokata’s findings, which have since been confirmed by the former UN commissioner, highlight how China is using policies and measures to combat terrorism and “extremism” to detain and indoctrinate Uyghurs.

Professor Obokata, who serves as Special Rapporteur on Contemporary Forms of Slavery at the United Nations Human Rights Council, said: “China has issued a full denial in response to this evidence and will not allow anyone to investigate their re-education camps.

“In presenting the findings of my independent report I am calling on the UN to put additional pressure on China to stop this programme.”

In response to the report, China has called Professor Obokata a “tool of the West”, but he is clear that there is nothing politically motivated about his independent findings.

“There is nothing political about shining a light on forced labour and slavery,” Professor Obokata said. “My report highlights cases of slavery all around the world, including in the UK and Europe, and I am equally critical of all countries. I am not paid by the UN and do not represent anyone.”

Professor Obokata has served as an advisor to UK and the European Commission on human rights and human trafficking and his report highlights cases of child marriage in the UK among ethnic minorities including Parkistani, Indian, Somali and Afghan communities.

He added: “There are a large number of victims of various forms of slavery all over the world and I feel a duty to give them a voice. They remain hidden, while denials from governments facilitate their exploitation.

“I will continue to use my platform as a researcher to raise awareness of these issues and always tell my students that slavery is closer than we think – forced labour can be uncovered in local shops, car washes, nail bars and the cheap goods we buy online.

“With a looming cost of living crisis, demand for low cost products and services will go up, but this often comes at a terrible human cost.”

The University of York is a University of Sanctuary, providing a welcoming and safe place for refugees, asylum seekers and other people who have been forced to migrate.

The University helps sanctuary seekers access a university education by offering a range of financial support. This includes Equal Access Scholarships, York Refugee Bursary and the Warm Welcome Scholarship scheme (which was open for applications in June 2022) for students forced to flee Afghanistan.