Fusion energy plant could bring huge economic boost to region, according to report

A prototype fusion energy plant could bring huge economic benefits to the region - potentially generating more than £1b in gross value added (GVA), an economic report has concluded. 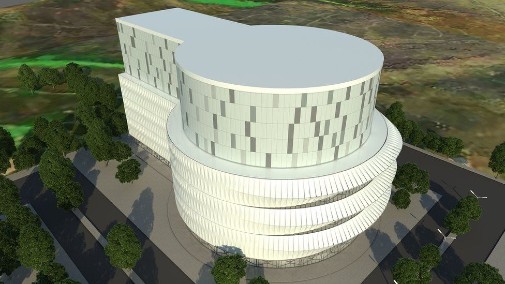 If the proposed site to host the plant near Goole in East Yorkshire is given the go-ahead by the Government, it could also create more than 8,000 jobs during the manufacture and construction of the prototype power plant.

The site is one of five shortlisted by the UK Atomic Energy Authority (UKAEA) as potential locations to host  the Spherical Tokamak for Energy Production (STEP) programme.

The winning location will be announced later this year.

The East Riding of Yorkshire Council bid was supported by key industry bodies, a range of different stakeholders and a partnership of northern universities, led by the University of York.

Those behind the bid say the project could be truly transformative and bring opportunity to generations.

Fusion is an intrinsically safe technology, and has the potential to provide a near-limitless source of secure, low carbon energy by copying the processes that power the sun and stars where atoms are fused to release energy, creating nearly four million times more energy for every kilogram of fuel than burning coal, oil or gas.

The headline objective of STEP is to demonstrate delivery of net electricity to the grid at the 100MW (megawatts) level.

The economic report, carried out by Dr Mark Graham, Senior Economist at the Data Driven Innovation Programme, University of Edinburgh, quantified the huge economic benefits the plant could bring in construction costs, investment, training and jobs.

The massive project has been broken down into distinct phases, culminating in the completion of the STEP prototype reactor by around 2040. Phase I is currently underway with £222m of government funding and involves land acquisition and concept design by 2024. Phase II would see site development and engineering design through to 2032, while Phase III would see the manufacture and construction of the STEP prototype reactor which could generate investment totalling £10b.

The initial phase of construction and development would see growth from hundreds of workers in 2024 needed to build the initial infrastructure, towards the Phase III level by the 2030s.

There are already around 18,000 manufacturing jobs within the East Riding of Yorkshire and the report’s author concludes the region could serve many of the needs of the third and final phase of the project.

With over 160,000 science, research, engineering and technology professionals based within a 50 mile radius of Goole, the local area, the report’s author says the region is particularly well served to meet R&D opportunities.

STEP will drive early investment in regional skills at all stages, from primary and secondary schools to further education colleges, apprenticeships and universities. The exciting career opportunities that STEP offers will be available to all – the girls and boys at primary school now, could be the operators of STEP in the future.

The report recommends consideration of a new University Technical College in the region focused on Net Zero and Fusion requirements, with the University of York well-placed to lead along with key industrial partners associated with the project.

Other regional strengths highlighted in the report include:

Cllr Jane Evison, portfolio holder for economic investment, growth and tourism at East Riding of Yorkshire Council, said: "The STEP fusion energy project would be truly transformative for the East Riding and bring opportunities for generations to come.

"This economic report has further quantified the huge economic benefits the plant could bring in construction costs, investment, training and jobs.

"The impact on jobs for local people in several roles cannot be understated, nor can STEP’s ambition to drive skills and investment in our local schools and colleges.

"The council will continue to work hard with our stakeholder partners to ensure the East Riding has done everything possible by the time the preferred location is named later this year."