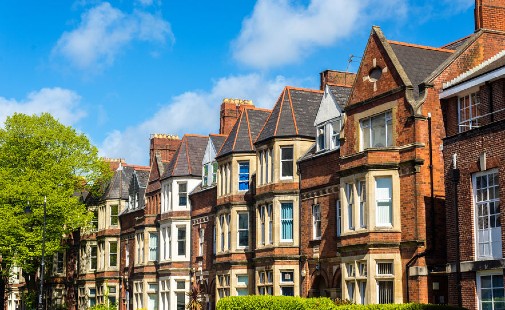 The worst offending takes place in the so called ‘shadow’ private rented sector (PRS) and in London, where highly vulnerable tenants are targeted by criminal landlords and letting agents.

The report makes 11 recommendations to tackle the obstacles to enforcement and justice and calls on the Government, local authorities, the Crown Prosecution Service and the Metropolitan Police to play their part.

The study, led by the University of York, reveals the police are often ambivalent to the plight of many tenants.

The study was conducted with Safer Renting who deliver tenancy services to six London boroughs and support tenants where the property is subject to local authority enforcement activity.

Dr Julie Rugg from the Centre for Housing Policy at the University of York, said: “This research highlights cases of major internet fraud, threats and assault, and evidence of organised criminal behaviour.

“It demonstrates that landlords or letting agents in the shadow PRS felt that they could act with impunity. For many tenants there was the constant threat of the worst outcome, which was the landlord illegally and with no notice changing the locks.

“Tenants felt they had no protection from the traumatic loss of home and possessions and that the police tended to side with the landlord. Tenants could themselves be drawn or coerced into illegality through rent-to-rent scams.”

Roz Spencer from Safer Renting, Cambridge House said: “We wanted to share what we see on a daily basis and to move the public discourse on from thinking about this as just a minority of ‘rogue’ operators;  we show that criminality in housing robs a very large number of people of belongings, their sense of security and sometimes their mental health, when they are robbed of what’s supposed to be a place of safety, their home.

"We also show the challenges faced by housing professionals seeking to enforce regulations and secure prosecution against landlords who set out to act in an intentionally criminal way are set out. Yet the criminal justice system treats housing criminals more leniently than a shop-lifter or a downloading pirate.”

The report highlights a number of cases of young migrant men living in ‘really grim’ sheds in back gardens.  The so-called ‘beds in sheds’ are garage conversions, shipping containers, lean-tos or makeshift outhouses, often converted without planning permission and not meeting Fitness for Human Habitation or HHSRS standards. In a bid to avoid detection by authorities, these structures are often fed via water or energy supply rigged up from the main property.

In 259 cases of landlord criminality pursued by the Safer Renting team on behalf of tenants, 40 per cent of tenants were BAME and 47 per cent were single people living in house shares. These demographics raise concerns in the context of the pandemic, about the role of poor housing in public health and inequalities in Britain.

Landlords in the shadow PRS aim to evade detection through the use of identity fraud, use of unconventional tenancy agreements where there may be uncertainty around tenancy rights, and often use non-standard properties or subdivided properties to increase rental yield through high-density overcrowding. The shadow PRS also includes letting agents, who may act with landlords or defraud both landlords and tenants.

In the last 10 years, London has seen a growth of criminality in the private sectors as rents are high relative to property quality and market pressures create a tolerance for overcrowding amongst tenants.  According to the Government’s English Housing Survey, the median rent for PRS property in the London 2017/18 was £1,352 a month, compared with £684 for the rest of England.

There is also a growing population of economic migrants, cutbacks in enforcement and poor support for tenants seeking legal recourse.  Penalties are low for convicted offenders and a growing use of the internet means that identities are harder to verify.

Dr Rugg added: “Their commitment to raising standards in the private rented sector has shone a light on the experience of victims of criminal landlords in their areas and helped highlight how much public policy needs to change to protect private tenants from being victims of housing crime.”