Sweet success of parasite survival could also be its downfall

University of York scientists are part of an international team which has discovered how a parasite responsible for spreading a serious tropical disease protects itself from starvation once inside its human host. 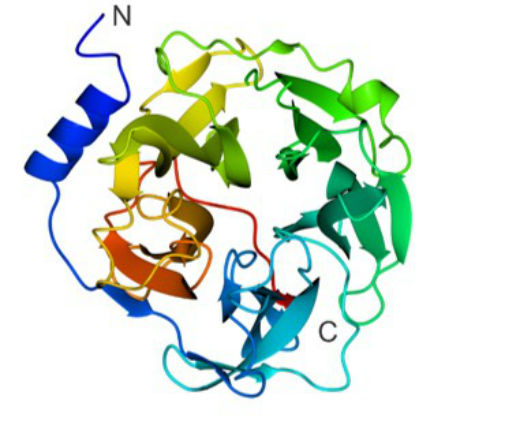 The findings provide a new understanding of the metabolism of the Leishmania parasite and this new knowledge could potentially be used in its eradication.

The disease the parasite causes is called Leishmaniasis and it is spread by the bite of sand flies. It kills between 20-40,000 people every year.

In a collaboration between  the University of Melbourne and the University of York, researchers found that Leishmania make an unusual carbohydrate reserve, called mannogen, that protects them from fluctuating nutrient levels in the host, enabling their survival.

They then identified a new family of enzymes that use sugars scavenged from the host to make mannogen.   University of York researchers defined the 3-D structure of these enzymes and this allowed researchers to map the evolution of this new enzyme family whose members acquired the ability to both make and degrade mannogen, and regulate the metabolism of these pathogens.

This knowledge is now being used to identify drug molecules that bind and block enzyme activity and may be used to develop new therapies.

Professor Gideon Davies from the University of York’s Department of Chemistry said: “Our three-dimensional structural insight provides new opportunities for drug design against this pathogen. We look forward to targeting the disease in future. The team of PhD students and York Chemistry MChem project students did a fantastic job of the structural analyses.”

Professor Malcolm McConville from the University of Melbourne said: “As mannogen metabolism is critical for the survival of these parasites, developing inhibitors to block the enzymes that regulate this carbohydrate store is a potential way to specifically kill Leishmania parasites. We can exploit the parasite’s food preference for mannogen and specifically target this metabolic pathway, without side-effects to humans.

“Similar enzymes and carbohydrates are made by other pathogens, such as the bacteria that cause tuberculosis, and this work may contribute to developing new classes of drugs to treat other infectious diseases.”

Leishmania are able to persist for many years in their human host by hiding inside immune cells, such as macrophages. Macrophages are normally responsible for killing invading pathogens, but Leishmania are able to avoid this fate and grow stealthily within these host cells, eventually forming large ‘granuloma’ lesions that can lead to open ulcerating sores, organ damage and, in some cases, death.

Many people who carry the parasite remain asymptomatic, but immunosuppressed individuals, for example those with HIV/AIDs or suffering from malnutrition, are particularly vulnerable. Until recently very little was known about how Leishmania managed to grow within these host cells and resist most antibiotics.

Leishmaniasis is increasing in many regions of the world, including the Middle East, Africa and Central America where there are regional conflicts and breakdown in health services. There is currently no effective vaccine against it.

The research is published in Cell and Host Microbe.