Our research spans the disciplines of Chemistry and Biology, with a focus on the structural enzymology and chemical biology of proteins involved in the synthesis and degradation of carbohydrates. Stimulated by the organic chemistry of  enzymes, we develop and apply technologies to study the roles of glycans in living organisms with a keen eye to societal impact. Current projects include: 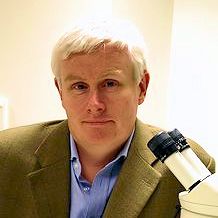 For up-to-date publication details please use the Google Scholar or  "full publication list" links below.