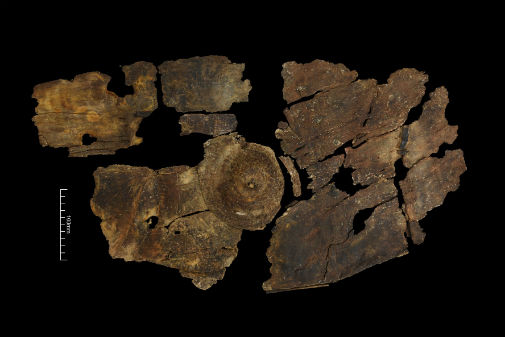 The unique find has given new insight into prehistoric technology

Following analysis of the construction of the shield by Michael Bamforth at the University of York, it became apparent that the shield had been carefully constructed with wooden laths to stiffen the structure, a wooden edging rim, and a woven boss to protect the wooden handle.

Visit the project page for more information on the discovery.