The University of York generates £1.8 billion for the UK economy according to an independent report by London Economics. 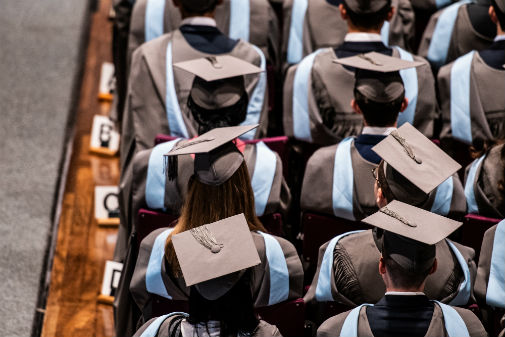 The report demonstrates the monetary and social value of the University

The report demonstrates the monetary and social value of the University of York locally, nationally and internationally. It addresses the economic impact of teaching and learning; research and knowledge exchange; international students; and University and student expenditure.

Second only to the impact of institutional and student expenditure at £702.2 million, research at the University provided one of the largest impacts on the economy – standing at £537.1 million.

With the University receiving almost £90 million in research funding in 2016/17, this means that every £1 invested in the University’s research generates £6 for the UK economy.

“This report not only highlights York’s global significance in research, but also the research benefits to local companies, small and medium sized enterprises, and its contribution to new start-ups and spin-outs.”

The total economic impact of teaching and learning generated at York associated with the 2016/17 cohort of students was almost half-a-billion pounds at £487.9 million. This figure includes the amount that the government receives in additional taxes to be spent on public services, but also the additional earnings that students gain from their degrees through sustained employment over their lifetime.

Professor Tendler said: “In the current political climate, it is essential that we create export opportunities where we can.

“International students not only contribute significantly to enrich the cultural life of the University and our local community, but they also provide valuable sources of export income, in the form of foreign currency, which is put back into the local and national economy.

“With 17,500 students and 4,000 members of staff, our expenditure is a significant injection of funds to the UK economy. The effect of this is particularly felt in in the city of York and the wider region.

“We hope this report adds further evidence to the wider value of higher education and how important it is that we continue to invest in research, build international partnerships, and support the next generation of global leaders through high-quality teaching and learning environments.”

The London Economics report will be launched at YorkTalks, a day-long showcase of 15-minute short-talks on York’s research, on Wednesday, 09 January 2019 at the Ron Cooke Hub, Campus East. The event is free and tickets can be reserved here: https://www.york.ac.uk/research/events/yorktalks/