The University of York has reduced its carbon emissions by 38 per cent. 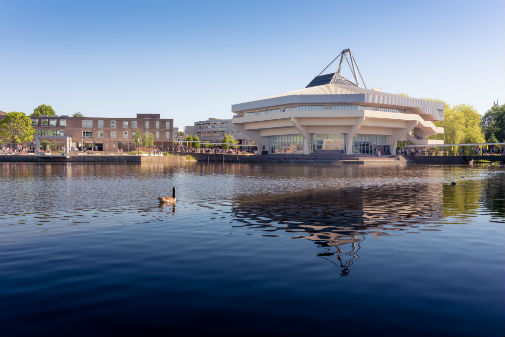 The University developed a Carbon Management Plan in 2011, in a bid to significantly reduce carbon emissions year on year.

Latest figures from the 2018/19 academic year reveal the University’s carbon footprint reduced by 38 per cent, achieved through a combination of energy efficiency improvements and behaviour change.

The institution is on track to achieve its own target of a 43 per cent per m2 reduction by 2021. The University report against energy use by floor area (kWh/m2) to ensure the entire campus is factored into the carbon footprint measure.

At his inaugural speech, Vice-Chancellor Professor Charlie Jeffery announced that the University no longer holds investments in fossil fuel companies, a move welcomed by student campaigners and seen as a further step toward the University becoming a more sustainable organisation.

In addition, the University has undergone significant behavioural and operational changes, from ensuring all electricity brought through the grid comes from guaranteed renewable sources, to more energy efficient buildings across campus. All of the university’s purchased electricity is from renewable sources.

Also, 80 per cent of buildings across campus are now controlled through a central building management system ensuring continued efficiency improvements.

Sustainability manager, Mark Clough, said: “Although the University is on track to meet its current carbon reduction target, it won’t stop there and is already planning a new ambitious Carbon Management Plan to take the University forward in further driving down its carbon emissions.

“The University is also developing a new long-term Sustainability Strategy. The strategy will reflect the University’s unique position of being able to enhance sustainability locally and globally through all areas of its teaching and learning, research and campus activities.”