MBE for University of York academic

Emeritus Professor Quentin Summerfield has been awarded an MBE in the New Year Honours for services to psychology and people with hearing loss. 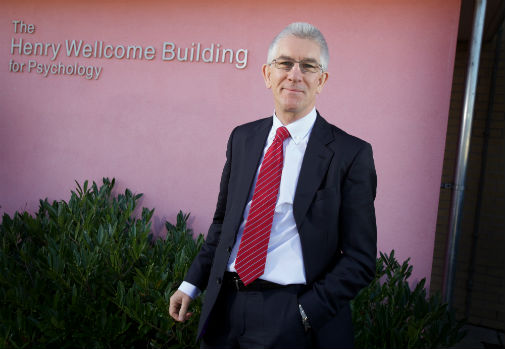 Professor Summerfield joined the University in 2004

He is a leading authority on the methods for assessing the clinical effectiveness and cost effectiveness of interventions designed to improve hearing.

He graduated from Cambridge with a BA in Natural Sciences (psychology) and completed his PhD in experimental psychology at Queen’s University, Belfast.

He began his career as a post-doctoral research fellow at the Haskins Laboratories at Yale University, before working for the Medical Research Council as a research scientist in the Institute of Hearing Research at the University of Nottingham.

His many career highlights include writing the report on the National Cochlear Implant Programme. The report helped establish cochlear implantation in the portfolio of treatments provided by the NHS.

His research has been recognised with numerous awards and honours over the years, including his election as a Fellow of the Acoustical Society of America in 1998.

Professor Summerfield served as a member of the Medical Scientific Advisory Committee of the Royal National Institute for Deaf People from 1999 to 2005 and as Chief Research Advisor to the charity, Deafness Research UK, from 2007 to 2011. Since 2013, he has been a trustee of the charity, Action on Hearing Loss.

He said: “I am delighted and honoured to have received this award. It is testament to the inspiration of the outstanding people with whom I have had the privilege to work with at the University of York, the MRC Institute of Hearing Research, and the National Health Service, including – and especially – people with hearing loss who gave generously of their time to participate in research.”

Professor Deborah Smith, Pro-Vice-Chancellor for Research, said: “I am delighted to congratulate Professor Quentin Summerfield on this very well-deserved honour.

“Quentin's ground-breaking contributions to our understanding of the elements of human communication and their manipulation to improve hearing have made a major impact in this critical research field, while his exemplary leadership while at the MRC Institute of Hearing Research and latterly, at the University of York, have culminated in the Department of Psychology's current eminent position in the UK and in the global world rankings".