Fears that the invasive garden ant, also called the Asian Super Ant, is spreading across the UK are being reported in the UK press. Here, PhD student at the University of York's Department of Biology, Phillip Buckham-Bonnett, discusses the characteristics of the species: 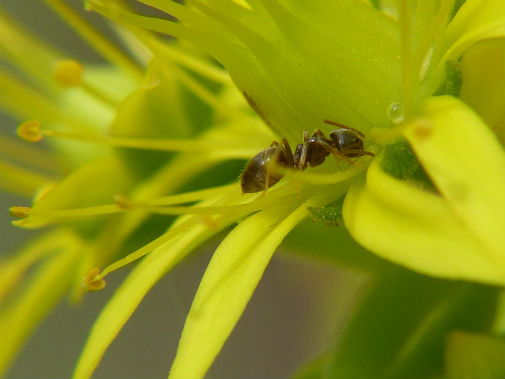 "The invasive garden ant (Lasius neglectus) is known to be established at eight sites in the UK as far apart as Yorkshire and Devon. The species has a very low rate of natural spread but is accidentally introduced to new sites by people. Individuals of the invasive species are slightly smaller than, but very similar to, our native garden ant (Lasius niger) so are easily overlooked. This means that Laisus neglectus is probably present at more sites than we are currently aware of.

"Whereas colonies of the native garden ant (Lasius niger) occupy just one nest, and contain a single queen, colonies of Lasius neglectus have multiple nests per colony and multiple queens per nest. When established, these “supercolonies” can eventually contain hundreds of millions of individuals spread over several hectares.

"Workers of Lasius neglectus are too small to bite humans and do not sting, however, the sheer number of ants is a nuisance and there are multiple reports of the ants damaging electrical equipment. It is not known whether the ants are attracted to electric currents or whether the warm cavities inside electrical devices and sockets seem like good nest sites. Lasius neglectus also causes ecological problems, boosting the local abundance of aphids whilst reducing the abundance of other invertebrates."